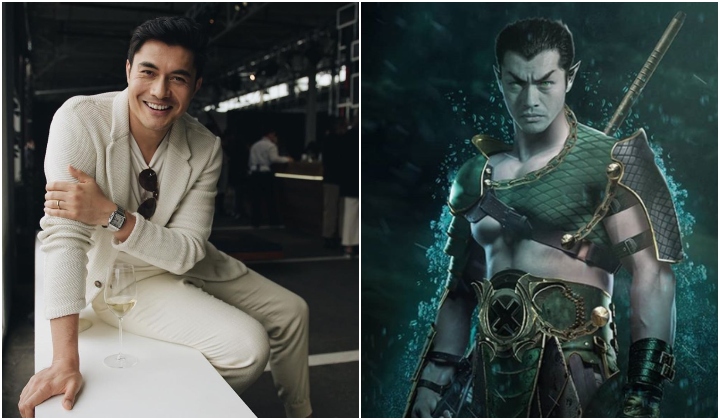 Will Sarawak-born Hollywood actor Henry Golding be playing the role of a villain in a Marvel film ?

What Asking GIF from What GIFs

Executives from the Marvel Cinematic Universe (MCU) have not made any official announcement regarding the title or the content for the sequel of Black Panther.

However, there are already rumours circulating about who the filmâ€™s villain might be and which actor will be playing the role!

Apparently, Disney is considering Henry Golding to play the role of Namor.

Like Black Panther, Namor also rules over a mighty kingdom, but his is hidden away on the ocean floor.

The human-mermaid hybrid was one of Marvelâ€™s first anti-heroes in the comics, however he has yet to appear in a movie due to ownership issues.

However, now that the rights for the X-Men and Fantastic Four have finally been acquired by Marvel Studios, it’s possible that Namor wonâ€™t be far behind.

There’s even a chance that Namor and the Atlantis realm was foreshadowed in Avengers: Endgame.

During a holographic conversation between Black Widow and several Avengers, Black Widow asks them for updates on their missions 5 years after they beheaded Thanos.

During the conversation, Okoye, the Wakandan general, mentions some sub-oceanic earthquakes occurring on the African continent.

Marvel rarely leaves anything to chance, so it’s entirely possible that the nautical reference could have been thrown in to set up a future conflict between Atlantis and Wakanda.

Even though all of these rumours have not yet been confirmed, it is absolutely exciting to think of a Malaysian presence in the MCU (finally!)

Boss Logic is well-known for producing impressive fan art, and had previously created a teaser poster for the film too.

Henryâ€™s aesthetic is inspired by the characterâ€™s comic version, complete with the pointed ears, armour and weaponry.

Whatâ€™s so awesome about this fan poster is that Henry Golding himself commented on the post!

We donâ€™t know about you but Henryâ€™s reply is making those rumours feel a lot more probable to us!

You can check out Boss Logicâ€™s fan art teaser poster for Black Panther 2 below.

Does the thought of Henry Golding as a Marvel villain excite you? How true do you think these rumours are?

Henry Golding Teaches You Breast Self Familiarization In This Flashback Video