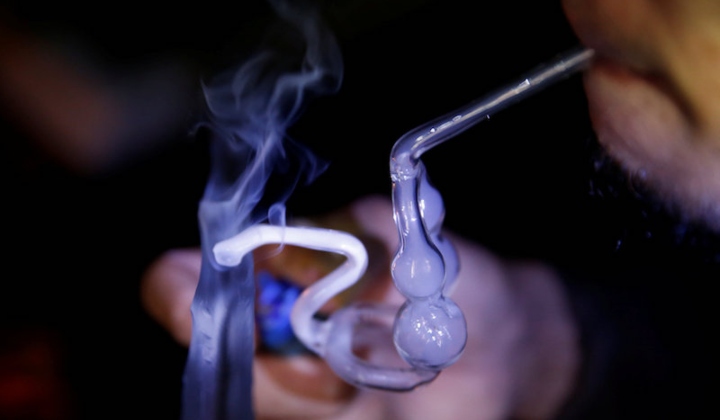 Twitter user and lawyer @farhanmaaruf_ recently shared a case where he acted as the defense attorney for a man who tested positive for methamphetamine abuse.

According @farhanmaaruf_, the man was a pizza delivery guy.

He had four kids: The first two were a pair of twins in primary 1, the third child was in preschool and the littlest one was cared for by his two sisters who lived with him. The family of seven lived in a rented house.

His wife had left him to care for the children on his own.

He used drugs to enable him to make more delivery trips.

His work had him delivering pizzas from morning until night time. The drugs kept him alert enough to make more trips so that he could get paid more and be able to feed his children and his sisters, and put his kids through school.

During his appeal, @farhanmaaruf_ pointed out that the man was living a tough life.

The Pursuit Of Happiness Will Smith GIF from Thepursuitofhappiness GIFs

He didnâ€™t make much as a pizza delivery guy but had to support his entire family on his own.

He was so poor that his own bail money had to be borrowed from loan sharks.

â€œThis was one of the most emotional cases Iâ€™ve ever had. Itâ€™s the story of a fatherâ€™s sacrifice so great that he started abusing drugs to enable him to put food on the table for his family. â€œ

â€œNot all addicts are at fault. They’re still human. Humans who have made mistakes. Who are we to punish them.â€

This thread highlights perfectly how drug abuse and addiction is so misunderstood.

For years, drug abuse has been considered a crime in our country.

It was only recently that the Health Ministry announced that they are looking into decriminalising drug abuse by removing criminal penalties for those found possessing and using small quantities of drugs for personal use.

The Malaysian government is only now acknowledging that drug addiction is a complex chronic relapsing medical condition affected by many factors.

Many netizens expressed that they never thought of addiction from an addicts point of view and empathised with the manâ€™s situation.

“Thank you for sharing this. It has made me realise that there is another dimension to helping troubled/delinquent kids as a teacher.”

“Also, based on this story, do tip and be charitable towards our delivery guys who go through the trouble of sending us our food. Hopefully we can help ease their burden.”

“So, basically he wasn’t taking meth for his own satisfaction. He took it to be able to face his work. Meth gives you energy and focus. Of course, there will be bad side effects. You can Google it yourself or even ask your friends. The father would rather “suffer” as long as his kids can eat.”

“This is true! Not all addicts are bad. They have their reasons for using.”