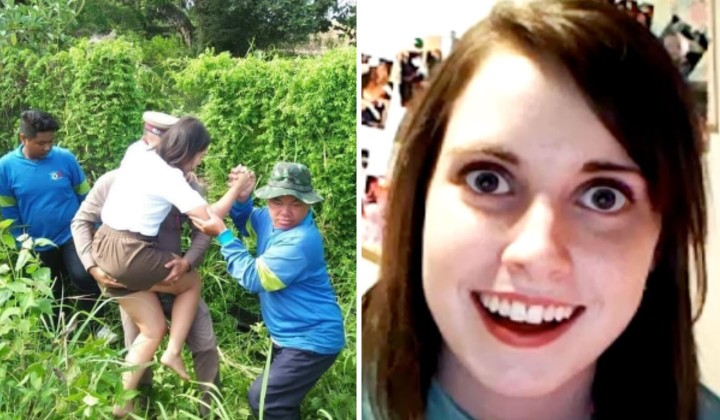 A Thai police officer was sent to the hospital after he was savagely attacked by his jealous wife.

According to reports, supposedly the envious wife was enraged after images of her husband’s chivalrous rescue of a woman involved in a road accident went viral online.

The image showed the officer heroically carrying the woman out of some shrubs, with the aid of two other men.

Apparently, the wife was furious of her husbandâ€™s hands-on approach during the daring rescue mission.

Reportedly, the officer suffered injuries to the face after he was clawed by his green-eyed spouse.

Netizens catching wind of the story were quick to comment on the tragically humorous incident.

I guess it’s true what they say, love may be blind but jealousy has 20-20 vision…