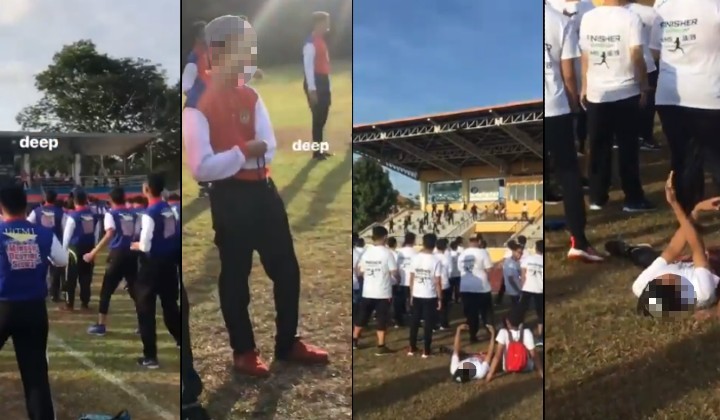 It seems that some local college kids are working on some unfamiliarly interesting workout routines.

A video shared by Twitter user huzaify shows a group college students having a community work out session at a padang supposedly in UiTM Segamat, Johor.

The 10-second clip features a group of guys, in the university’s varsity jackets and strutting out a few dancercise moves, when suddenly…

The camera shifts its focus to one student who, let’s just say, prefer to work on his faith instead.

The dude in question can be seen wearing a kopiah with prayer beads in hand, standing relatively still while the others were shaking away to the music.

The 15-second clip shows two guys chilling on an open field as other students were busying themselves with a couple of Zumba exercises.

In it, one particularly active participant can be seen putting his own twist to the dance-intensive exercise routine simply by laying on his back and swaying his arms around.

â€œSemua orang Zumba, ni Zumba macam mana ni?â€ (Everyone is doing the Zumba, what sort of Zumba is this?), said the cameraman.

The hilarious video posted on July 24 was supposedly taken at the Selangor Matriculation College and has gained more than 30,000 views since.

What workout routine would these kids come up with next…