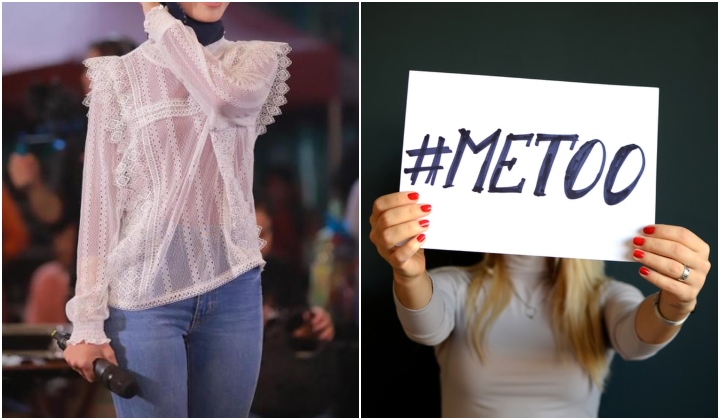 Malaysia, especially our online sphere, is no stranger to â€œsocial justice warriorâ€ Malay men canâ€™t help themselves from policing women on their choice of clothing.

On Twitter recently, @shahrulxr shared two screen captures to his followers where a presumably Malay man commented on a womanâ€™s Instagram post criticising her choice of clothing…wait no, her choice of â€œinner wearâ€.

Malay guy at their best as always pic.twitter.com/PADjPeRVZ3

You may view the full photo below.

And this is a photo of the dudeâ€™s (mentioned above) comment.

The woman, Nabila Razali, is a local singer and actress and sadly, based on our research (Google), has been receiving criticism from her fans for her choice of dress in that particular photo. Her Instagram post has since been deleted.

The replies to @shahrulxrâ€™s tweet were mixed. Many defended Nabila, but there were those who condemned her too.

“I don’t know what things men can’t see. It seems like they can see everything. Except maybe their own sins.”

“I dunno, in my opinion, he criticised her for her own benefit and indirectly for the benefit of everyone else. But that’s the thing, people who just try to help now get called perverts. Oh, men, don’t bother saying anything anymore. If you see this happen just stay silent.”

“This doesn’t just apply to men. I’m a woman and even I thought I saw something else at first glance. If you don’t want to make mountains out of molehills then just avoid wearing things like this.”

“Can’t be that wearing something like this already turns you on. It’s going to be very difficult if you allow yourself to be aroused by everything.”

However, there was one tweet that stood out to us in particular.

“Read his comment again, you guys. We all know how men like to comment on women’s appearances. Here, I’m leaving several examples of verbal harassment for you to refer to. I’m not going to entertain anyone anymore. I have finals coming up next week.”

Here, Twitter user @dyradyre points out that maybe, when you police people online about how they look, based on the language you use, you are actually sexually harassing them.

The United Nations lists several examples of verbal sexual harassment. There are too many to list down here, but on the list is: Making sexual comments about a person’s clothing, anatomy, or looks.

So wait, if this is considered sexual harassment, can we report these people to the police or sue them?!

Well, based on this very informative article by Ask Legal, sexual harassment is unfortunately NOT A CRIME in Malaysia.

Though based on what we learned from their article, you MIGHT be able to lodge a police report against them.

This behaviour COULD fall under Section 509 of the Malaysian Penal Code for â€œinsulting the modesty of a personâ€. The section states:

“Whoever, intending to insult the modesty of any person, utters any word, makes any sound or gesture, or exhibits any object, intending that such word or sound shall be heard, or that such gesture or object shall be seen by such person, or intrudes upon the privacy of such person, shall be punished with imprisonment for a term which may extend to five years or with fine or with both.”

Yooo, offenders could be punished with imprisonment up to five years or with a fine or with BOTH!

But don’t take our word for this cause we’re not lawyers, k.

That aside, if you are a victim of sexual harassment, there are some steps you can take.

Contrary to popular belief, reporting sexual harassment is a long and arduous process. If you are a victim, know that you didnâ€™t deserve it and you are not alone.