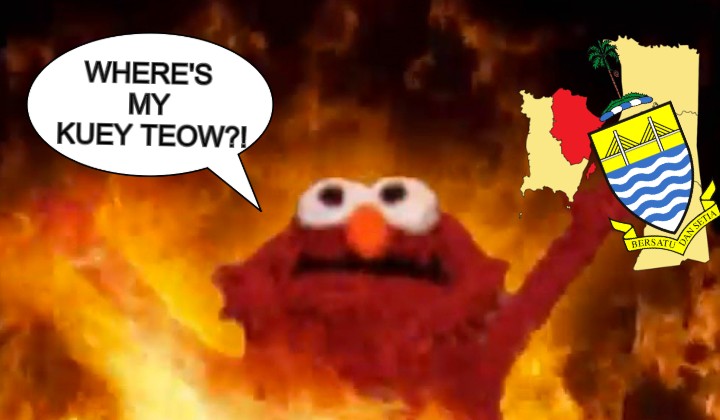 So, on Monday (22 July) a 34-year-old ex-convict went on a hangry rampage when he tried to burn down his parents’ house in Seberang Perai, Penang for not having any food for him to eat.

Reportedly, the famished arsonist had syphoned off petrol from his fatherâ€™s motorcycle as fuel for his cravings, splashing it all over the wall at the front portion of their home and setting it on fire using a lighter.

The starving pyromaniac however, failed in his attempt to cook the place up when his actions were noticed by his mother.

His mum then woke up his dad who had been taking an afternoon nap during his sonâ€™s hungered rage.

The 63-year-old father, luckily managed to put out the flames before it spread to other parts of their home and reported his ill-tempered son to the coppers.

And apparently, the short-tempered man was no stranger to hysterical behaviour as his terrified (yet tolerantâ€¦) parents had previously made two separate police reports on the mad-eater since heâ€™d been out of prison.

The manâ€™s claim to flame was quickly picked up by Malaysians who took the time to comment on the incendiary news.

And now you have no food AND no house

So the idioms was true. “An Angry Man Is A Hungry Man” 👏👏

“What is his level of laziness that could drive (him) to burn down the house. What type of lazy stupidity is this.”

Some even went on feminism patrol, pointing out longstanding male insecurities.

“WoMen aRe tOo eMotIoNaL.”

The suspect is currently in police custody under Section 435 of the Penal Code for mischief by fire.