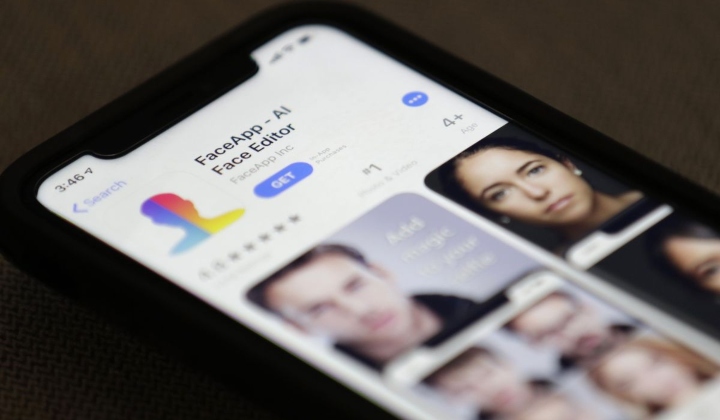 At the moment, Faceapp is the most popular free app on Google Play and Appleâ€™s App Store thanks to the age filter that makes people in photos look much older.

And although people all over the world have been sharing photos of themselves using the filter online, privacy concerns about the Russian based app are starting to appear.

One concern is whether or not the app can access all the photos in your photo app/camera roll. The second is if the app processes photos on their users phones or if they upload them into the cloud.

According to Tech website, Tech Crunch, the app does not have full access to your camera roll/photos unless youâ€™ve given the app permission.

However, on iPhones, even when your camera roll access settings are set to “Never”, the app is still able to access photos you pick individually to be uploaded for processing.

Meanwhile, in a statement, Faceapp has confirmed that most of the processing needed to power the appâ€™s photo editing effects are done in the cloud.

Which means that every time you choose a photo to apply the age filter, Faceapp will take that photo, upload it into their cloud, edit it, then send it back to your phone.

The company has also admitted that they â€œmightâ€ keep a copy of the photo you sent them in their cloud for a short period of time.

Their apparent reason for this is â€œto make sure a user doesnâ€™t repeatedly upload the same photo to carry out another editâ€.

Though, according to them â€œmostâ€ images are deleted from their servers within 48 hours from the upload date.

It might be useful to realise though that since Faceapp doesnt require users to sign in, they donâ€™t have other identifiable data of their users other than the photographs.

Faceapp also stated that they donâ€™t sell or share any user data with any third parties.

You can read Faceapp’s full statement below:

Unfortunately, if they wanted to sell user data they could, because the apps terms of service states:

â€œYou grant FaceApp a perpetual, irrevocable, nonexclusive, royalty-free, worldwide, fully-paid, transferable sub-licensable license to use, reproduce, modify, adapt, publish, translate, create derivative works from, distribute, publicly perform and display your User Content and any name, username or likeness provided in connection with your User Content in all media formats and channels now known or later developed, without compensation to you. When you post or otherwise share User Content on or through our Services, you understand that your User Content and any associated information (such as your [username], location or profile photo) will be visible to the public.â€

Is it too late to delete the app? We honestly aren’t sure.