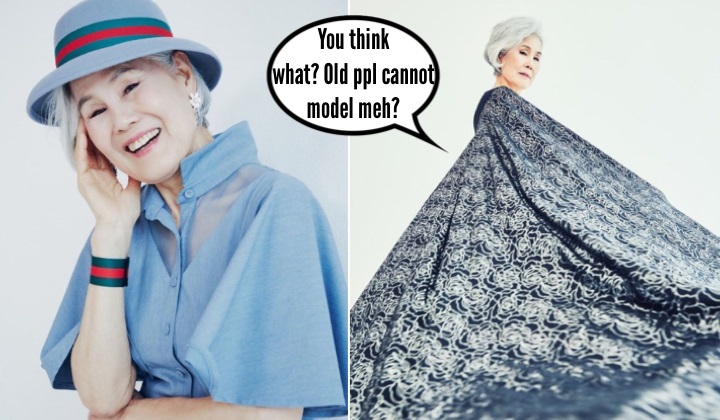 Choi Soon-Hwa is the oldest professional model in the country, at 77 years old (in Korean years. Yes, thatâ€™s a thing)

Formerly a care worker who worked 20 hours a day in a hospital, Choi Soon-Hwa is very happy with her latest gig.

â€œIt was hard to even get myself lunch. The stress was excruciating â€“ it was as if a volcano was about to erupt inside me.â€

Nearly half of the elderly population in South Korea are poor. And before Choi became a model, she too was swimming in debt, using all her earnings to pay off loans.

But recently, there has been a trend in South Korean of senior citizens becoming social media and fashion celebrities. Choi found an opportunity to change industries after she saw an advertisement about senior models.

Soon after enrolling in a few modelling classes, Choi was picked up by a modelling agency and not long after that, she made her catwalk debut.

Speaking about the differences between modeling and her previous career, Choi shared something surprising. At her previous position in the hospital, she used to have to regularly dye her hair as patients didnâ€™t like someone who â€œlooked too oldâ€ caring for them.

However, as a model (and despite her new job being based on appearances), Choi no longer needs to dye her hair as her distinctively grey hair is a feature designers are looking for.

Watch Choi talk about her life as an elderly model in the video below!