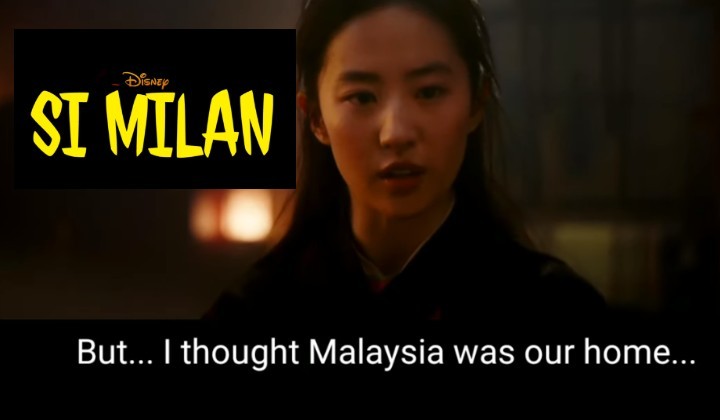 A hilarious parody of the latest live-action Disneyâ€™s reboot of Mulan has Malaysians ROFL-ing.

The 1-minute-40-second video published on the Steven Bones Everything YouTube channel tells the tale of the aptly named Si Milan and her journey to become a TRUE MALAYSIAN.

The satirical clip explores real-life grievances of the Malaysian Chinese community and the trials and tribulations that they face in everyday life.

Approaching the controversial subject of racism through a comical lens, the clip pokes fun at how Chinese Malaysians are constantly asked to return to “Tong San” referring to the Chinese mainland.

Featuring Malaysian-accented dubbs over the trailer of the Disney movie, the video laments stereotypical tropes common among minority communities in Malaysia, like difficulties entering public universities and not having Bumiputera privileges.

The video had been making its way around the internet since its debut on July 9.

You can catch the full video here:

The channel recently made it to the ranks of viral fame when their parody video of another Disney fan favourite, The Lion King also took the internet by storm.