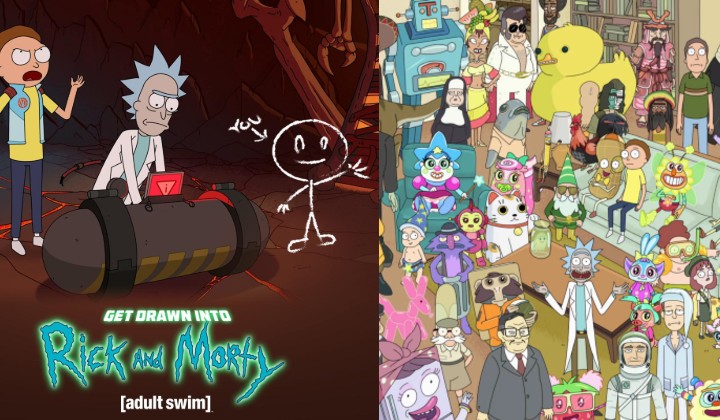 Would you like to know how you could be on the next interdimensional adventure with your favourite mad scientist and his grandson-sidekick?

Prepared to get riggity, rigitty, wrecked with the creative minds behind the popular adult animated science fiction sitcom, Rick and Morty as they offer fans the once in a quantum-lifetime opportunity to appear on the show.

Thatâ€™s right my glip-glops with a small donation of just $10 or around RM41, you stand a chance at having your very own character drawn into the immense Rick and Morty multiverse and get schwifty as a background character in an upcoming episode of the show’s latest season.

🚨@RickandMorty is introducing a new character this season🚨

Enter to win an opportunity to be drawn into a future Rick and Morty episode and hang out with creators #DanHarmon and @JustinRoiland in LA!

Each $10 donation will earn you 100 entries into the contest and the lucky winner will be drawn from the lot to win an exclusive trip for two to visit the shows production studio in Los Angeles and squanch with its creators, Justin Roiland and Dan Harmon.

Extra donations will also score you extra entries as well as exclusive Rick and Morty merchandise.

Collected donations will go to benefit two charities that are attributed to help individuals and families with autism; NEXT for AUTISM and Bergen Countyâ€™s United Way.

So put on your lab coats, hold on to your plumbuses and wubba lubba dub dub on over to the Prizeo webpage now before the contest ends on October 1.

(On a side note, are you guys as p*ss*d as I am at the fact that the live-action Mulan movie is coming out and there has been no word on the special Szechuan McNugget sauce…)

Oreo’s Celebrating Their 110th Birthday With An Instagram AR Contest

Uncle Kentang Answers Call For Funeral Arrangement At 3AM, A Mother Passed Away At A Leading Port Dickson Hotel