You won’t believe that all these things are younger than Malaysia’s 4th and 7th Prime Minister. 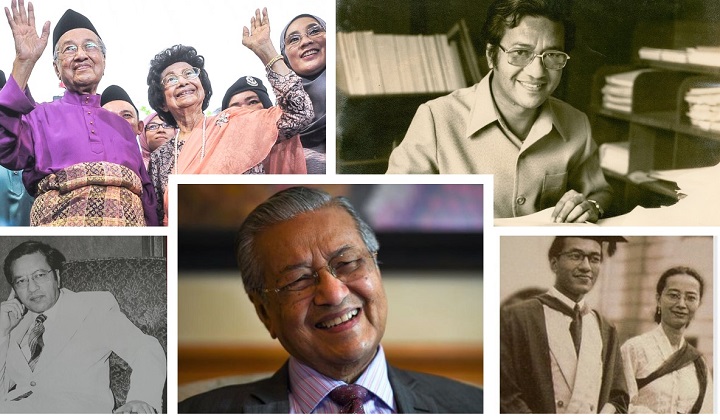 Subscribe to our new Telegram channel for the latest updates on current issues.

Born on 10 July 1925 in Alor Setar, Kedah, Tun Dr Mahathir Mohamad has survived NINE decades of world history and outlived most of his peers born in the same year (like Margaret Thatcher).

To put things into perspective, this is the world that Dr Mahathir was born into in 1925.

He’s lived through almost a hundred years of world history and was previously the world’s oldest head of state when he served his second term as Malaysia’s Prime Minister from 2018 till 2020 when he stepped down at the age of 94.

Now that he turns another year older, we wonder, “what else is he older than?” So we embarked on a journey nobody requested and present you a list of 9 things that Dr Mahathir is older than!

This one is the most obvious (duh). Dr Mahathir was a proper adult of 31 years old when Malaya gained independence from the British in 1957, and an older “youth” of 38 years when Malaysia was formed in 1963.

Back then, he was still considered a youth because it extended to 40-years-old of age.

By 1925, the price of natural rubber was high, and many companies were seeking synthetic alternatives. Before that a Scottish man named John Boyd Dunlop (yes, the same tayar Dunlop guy) had invented the first practical pneumatic tyre in 1888 but it was used only in bicycles.

It was Michelin that first put the synthetic rubber tyre onto a car in 1946. Dr Mahathir was 21 at that time.

Dr Mahathir never got to hold a ballpoint pen until AFTER he turned 18.

The ballpoint pen was first patented in 1888, but the first commercial models were only available in 1943 by Bíró Pens of Argentina, though you may know them as Biro pens today.

That’s right, Dr Mahathir is older than ANTIBIOTICS – the No 1 medicine we associate with doctors.

Thankfully, he could prescribe them to save his patients’ lives as doctor. Penicillin was discovered when he was 3 years old in 1928 by Alexander Fleming.

Imagine growing up in a world without Milo dinosaur, Milo ais or the magical Milo truck that suddenly shows up in school.

Sadly, Dr Mahathir lived a Milo-less childhood as Malaysia’s favourite drink was developed only in 1934 by Australian inventor Thomas Mayne, and the first time Malaysians met Milo was in 1950.

Based on our calculations, that’s 26 years without Milo!

Forget colour TV, Dr Mahathir was born before TV was even invented!

Maybe that’s why Dr Mahathir is so productive – he didn’t waste his childhood watching Ultraman and Power Rangers.  Moral of the story, avoid TV.

Malaysia’s No1 burger was first introduced in 1979 when Dr M was 54 YEARS OLD. So he spent half a century without the best burger in the world.

The heating effect of microwave beams were only discovered in 1945 while the first commercially available microwave oven was available in 1947.

But this kitchen staple only became popular once Japanese company, Sharp introduced the turning feature to evenly heat the food and give us something to look at while waiting for the food to be ready.

He was only 14 years old when the war broke out in Europe in 1939 and lived through the Japanese occupation of Malaya that lasted from December 1941 to September 1945.

According to Perdana Leadership Foundation, his education was interrupted by the Japanese invasion that took place mere days after he took his Junior Cambridge Examination. During the invasion, he briefly attended a Japanese school but chose to help his family sell food to survive.

Realising that the British cannot protect the Malay states and rulers, Dr Mahathir grew critical of British rule. He and his schoolmates also protested the Malayan Union in 1946.

There you have it, a list of things that are all younger than Dr Mahathir. That really puts his age into perspective doesn’t it?