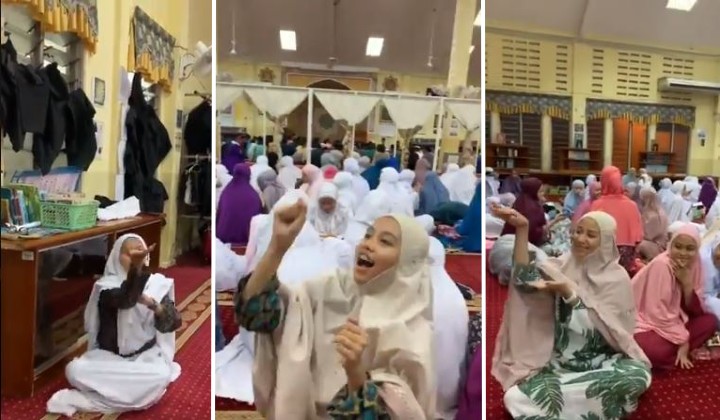 Does anyone remember the harlem shake? Whip/nae nae? Or the best one so far, the Keke challenge?

Well guess what? The kids have evolved, now we have the #woahchallenge.

So what is the #woahchallenge?

Initially started on TikTok, the #woahchallenge is when a dancer makes a quick, small circular motion with their fist and leans into a freeze position when the beat drops.

However, Malaysians have replaced the “freezing” with “air netball”, passing the ball to one another until the beat dies.

These teens executed the #woahchallenge so well in their telekung in the surau that it has 141,000 views in a mere 2 days.

The challenge has even been caught in classrooms filled with diligent students.

These guys even made a boomerang!

You guys better get your driving license faster. Cuz you look like you can’t wait to get behind the steering wheel!

Some have even upped the game.

Whatever the move, we wonder what’s next.