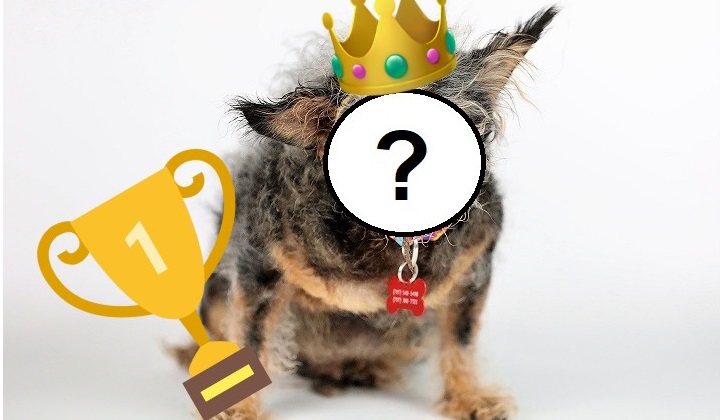 Living in a world of full of puppy love with adorable doggos
and waggy-tailed good boys, itâ€™s hard to imagine them looking anything less
than angelic.

Well, you don’t need to imagine because the World’s Ugliest Dog Competition is a real thing that just took place in California last week and the winner has been named.

Despite having a lopsided face only a fur mother can love, Scamp has won a pawesome trip to New York for TV appearances, 1,500 US Dollars in cash (RM6,000) and another 1,500 US Dollars to be donated to an animal shelter.

The moppy,scraggy, bug-eyed pooch was rescued by Yvonne
Morones in 2014 after she found the pup on an adoption website.

â€œHeâ€™s Scamp the Champ, no longer Scamp the Tramp,â€ a thrilled Yvonne told The Press Democrat, â€œI think the audience saw his beautiful spirit and everything heâ€™s given back to the community.â€

Yep, despite his off-putting appearance, Scamp is a true good boy, volunteering as a â€œreading dogâ€ for children and providing companion to senior citizens.

Scamp also beat out 18 other oddly-shaped, unsightly canines who are actually pretty cute if you look hard enough (and maybe squint a little).

Hereâ€™s some of our favourite so-ugly-theyâ€™re-adorable pupperinos:

Which is your favourite ugly dog?