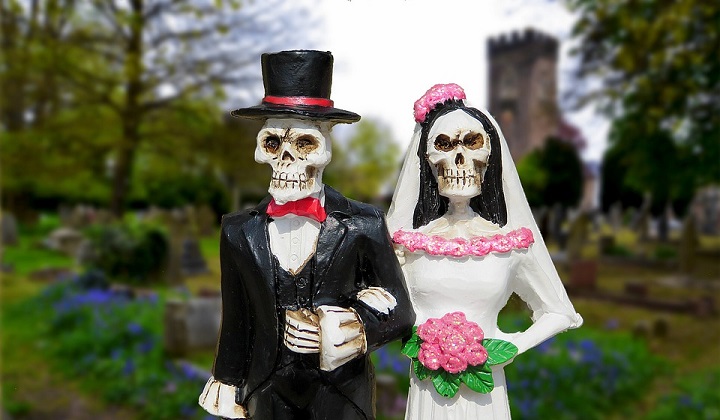 Donâ€™t get us wrong, we support people having healthier unions and would certainly agree that, when a relationship is good, couples and their kids highly benefit from the institution of marriage.

But what about when people get married for the wrong reasons?

Recently, Twitter user @AnisAshaari posted a screenshot of a conversation she had with an old schoolmate of hers. In the messages, the man calls her an andartu and advises her to stop being picky and to be married soon.
(FYI, andartu is a Malay slang word that means anak dara tua a.k.a an old maid.)

I was a bit sad today because an old friend of mine simply called me â€œandartuâ€ just because Iâ€™m 25 and not married yet. Then, had an audacity to say â€œandartu is just a jokeâ€ and it was just his â€œconcernâ€.

Talk nicely people. You donâ€™t know what a person has been through. pic.twitter.com/49q5GPrffc

In Malaysia, women are often pressured to be married before the age of 30. Pressure can come from their family members, friends around them who are settling down, as well as general expectations from the society.

What many donâ€™t realise though, is that men also feel pressured to be married. Although, age-wise men commonly start to feel the pressure after the age of 30, the pressure is still there.

Besides friends and family, men have reported to also feel pressure from their current partners, and in the workplace as men who are married are deemed to be more mature and responsible.

So this issue affects everyone. But, here’s what people need to understand about being married.

Getting married between the age of 20 – 30 is not for everyone.

Not getting married is way better than stuck into unhappy marriage. Sending love to you! Youre worth as by your own and you dont need a marriage to validate that! Hugs!

Some millennials have figured out that theyâ€™d rather be married later if it means theyâ€™ll less likely end up in a divorce. Malaysian Statistics Department recorded that fewer Malaysians married in 2017 compared to 2016, but also fewer were getting divorced over the same period.

Compare this to numbers in 2014, when divorces were happening every 10 minutes in Malaysia.

Youâ€™re not only picking a life partner, but youâ€™re also picking someone to raise your future children.

Donâ€™t let someone tell you that youâ€™re being picky. Getting married is a big commitment and choosing the right person will affect the well-being of your future children.

When and to whom you settle down with is only your business. Not anyone elses.

Amirul should just keep his concern to himself.. Everyone’s path is different with each other, mf needs to sit down & eat their food..

At the end of the day, you will have to live with the choices you make. Donâ€™t let anyone rush you into something you arenâ€™t ready for. You do you, boo. And everyone else, jangan jadi makcik bawang can?

Chill dik, saya pun dah 27 dah ni. Tp banyak lagi belum capai. Living your life, pergi travel , dapatkan your goal career, do investment, do more savings, and a lot more you can do while you single! Ignore all the nonsense â€œandartuâ€. Mwah

Not everyoneâ€™s priority is to be married. And everyone is entitled to chase after what fulfils them. Also, experts have found that women are happiest when they’re single and childless.

That being said, we’d like to invite you, our dear reader, to create happiness and well-being that fits your personal belief system, regardless of your marital status.

And, on a larger scale, we invite everyone to celebrate all lifestyle choices, and not push an old outdated practice of pressuring people to marry before they’re ready.