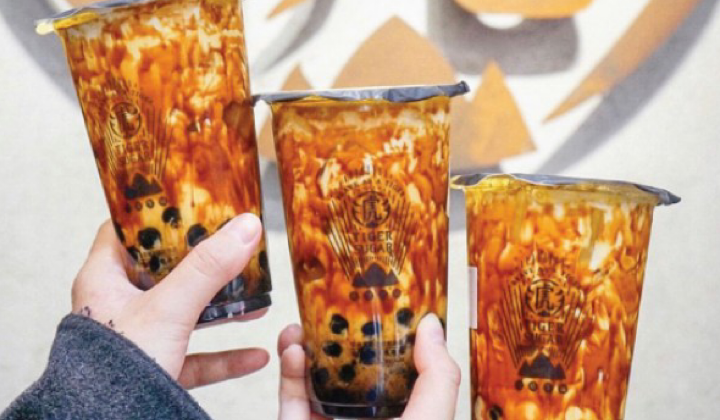 From an entire street opening up, dedicated to bubble tea outlets to the endless stream of loyal customers lining up to get their hands on a cup; the bubble tea craze seemed to have hit Malaysia pretty hard this year.

As crazy as we can get about our addiction, one girl seemed to have gone a little overboard with it. Hold on tight to your cup of bubble tea, folks, this is gonna be a wild ride.

On Wednesday (5th June) Malaysian newspaper Sin Chew Daily reported something rather peculiar; a 14-year-old girl had undigested boba pearls stuck in the lining of her stomach!

The story starts in Zhejiang Province, China, where on the 28th of May, a girl complained to her parents about a severe stomach ache. The 14-year-old was experiencing pain so intense that she could not eat nor defecate. This alarmed her parents and they rushed her to the emergency department of their local hospital.

However, here is where it gets interesting. After getting an X-Ray, the results surprised them both. According to the results, the X-ray revealed that the girlâ€™s intestines and lining of stomach were covered with hundreds of undigested tapioca balls, aka bubble tea pearls!

When questioned by the doctor about her boba habits, the girl claimed to only have had bubble tea 5 days ago. Judging from the results, it may seem that the girl lied to hide the truth from her parents. For the pearls to accumulate in that amount, itâ€™s most likely that she consumes bubble tea very frequently.

She was prescribed a laxative to help with her case.

As tapioca balls are made from starch, they tend to be pretty hard to be digested (even more so when you donâ€™t chew them, and just swallow!) The recent peak in bubble tea sales have also resulted in some vendors adding preservatives and thickening agents; all to maximise â€œchewinessâ€ of the pearls, but makes it even harder to digest. Yikes!

Seems pretty scary, eh? Might wanna think twice before grabbing your next cup of boba, folks! Seems like diabetes isnâ€™t the only thing we need to be worried about whenever we walk past SS15â€¦.