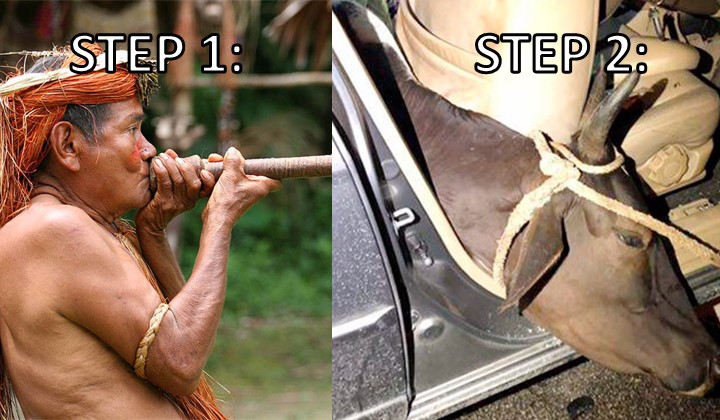 Three bull-headed cattle rustlers were caught in a bull-sy attempt to steal a cow and escape with it in a Honda Civic.

It is bullieved that the three thieves had used a blowdart to sedate the animal in its pen at Sungai Lokan.

The owner went to investigate when he heard dogs barking cow-nstantly. The owner then saw four suspects in two cars trying to moove the animal.

The suspects tried to hoof it out of there while the owner pursued them. Predictabully, the car carrying the cow lost cow-ntrol and crashed.

Three of the cattle rustlers were injured and mooved to the hospital, while the fourth managed to turn tail and flea.

Cow-mon knowledge might tell you that a Honda Civic is not the best getaway vehicle while carrying a stolen cow, but misplaced cow-nfidence is not that uncow-mon.

It’s unknown if the thieves have any beef with the owner of the cattle.

“My Child Needs A Phone For School” – Father In Indonesia Stole RM44 From Mosque, Promises To Pay Back