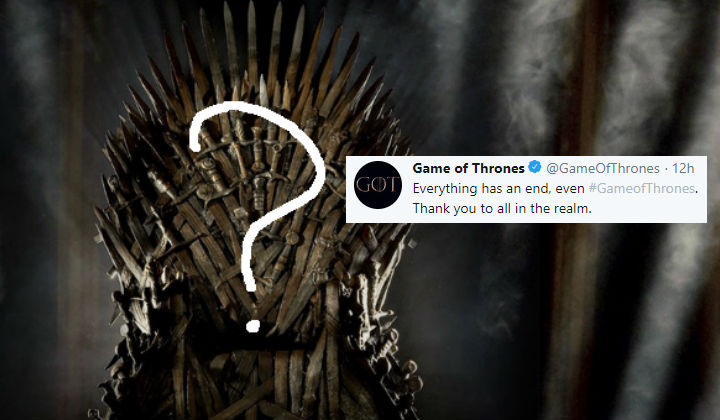 Game of Thrones has officially ended! If you didn’t realize that, now you know. (What have you been doing, living under a rock?)

And as it is with anything, people are split over how the show ended.

Iâ€™m just going to pretend none of this happened and just stick to the books. 💆🏻‍♀️ #GoT

I rather see the Night King on the iron throne
There, I said what I said.

The final season of game thrones was rushed I donâ€™t know why leading to bad ending a lot of messing scenes and unanswered questions. Waiting for the books hope it will be much better #GameOfThronesFinale #GameOfTrones

However you feel about the last episode of Game of Thrones, there’s a certain sadness to the conclusion of such an epic series that started all the way in 2011.

The watch has ended.