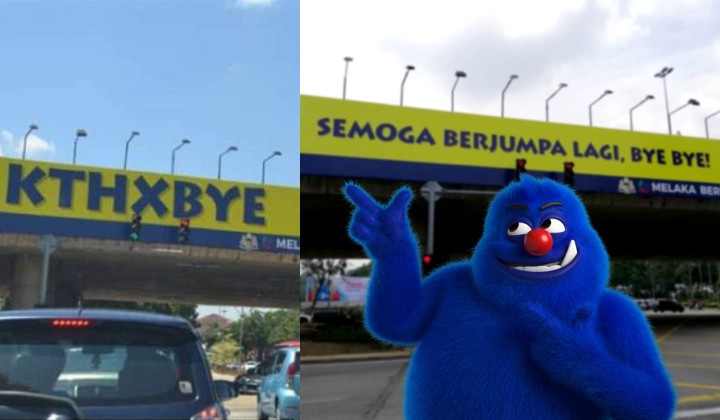 The Historic City of Melaka last week attracted the attention of Netizens when a seemingly harmless billboard was ordered to be pulled down.

The reason? It was using an abbreviation of “Okay, thanks, bye” instead of words.

The billboard that was strategically placed on Lebuh Alor Gajah – Malaka Tengah – Jasin (AMJ) near Al-Azim state mosque in Peringgit even received the attention of the Mayor.

Iklan seperti itu tidak boleh dan tidak dibenarkan. MBMB telah mengarahkan ia diturunkan serta-merta
(Such billboard cannot be used and is not approved. MBMB has instructed it to be brought down immediately)

Netizens were also upset over the improper use of language, saying that it had brought the standards down to â€˜WeChatâ€™ slang.

Well rest assured, it has been changed to “Hope to see you soon, bye bye!”.