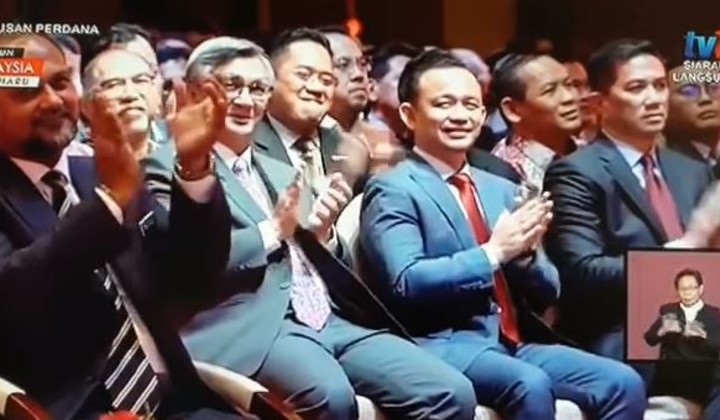 At first, Maszlee was caught gazing towards the camera at the 12th minute of the speech.

Where he cheekily smiled to the camera.

12 minutes later, he was caught signing the rakyat his own message, too.

â€œAssalamualaikum, Thank you everyone. I love you 3,000â€

Maszlee RIGHT IN THE MIDDLE OF DR MAHATHIR’S SPEECH

This 9 second gesture caused many of the rakyat to return the love.

Especially with his trendy reference to this year’s blockbuster movie Avengers: Endgame.

Black Shoes And Khat: Is That All There Is To This Guy?

Education ministry to go ahead with khat in BM syllabus