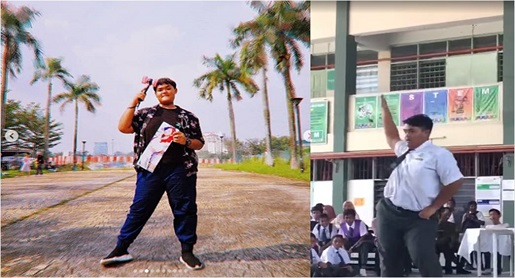 In an impromptu performance, he dances his heart out to Blackpink’s latest hit, ‘Kill This Love’.

Most surprisingly, he practiced for just 2 hours based on YouTube videos as he did not initially plan on performing.

The 16 year-old who was previously a victim of body-shaming, showed off his killer moves to the school as his friends cheered him on.

This was not his first time performing on stage, as he previously performed for a Prize Giving Ceremony.

He felt that Blackpink gave him the confidence to perform and felt that he had to prove wrong those who had body-shamed him.

Of course netizens are proud of him and are showering him with encouragement with over 1 million views of his 18 second performance.

Surely he loves and appreciates his teachers in SMK La Salle in Klang.