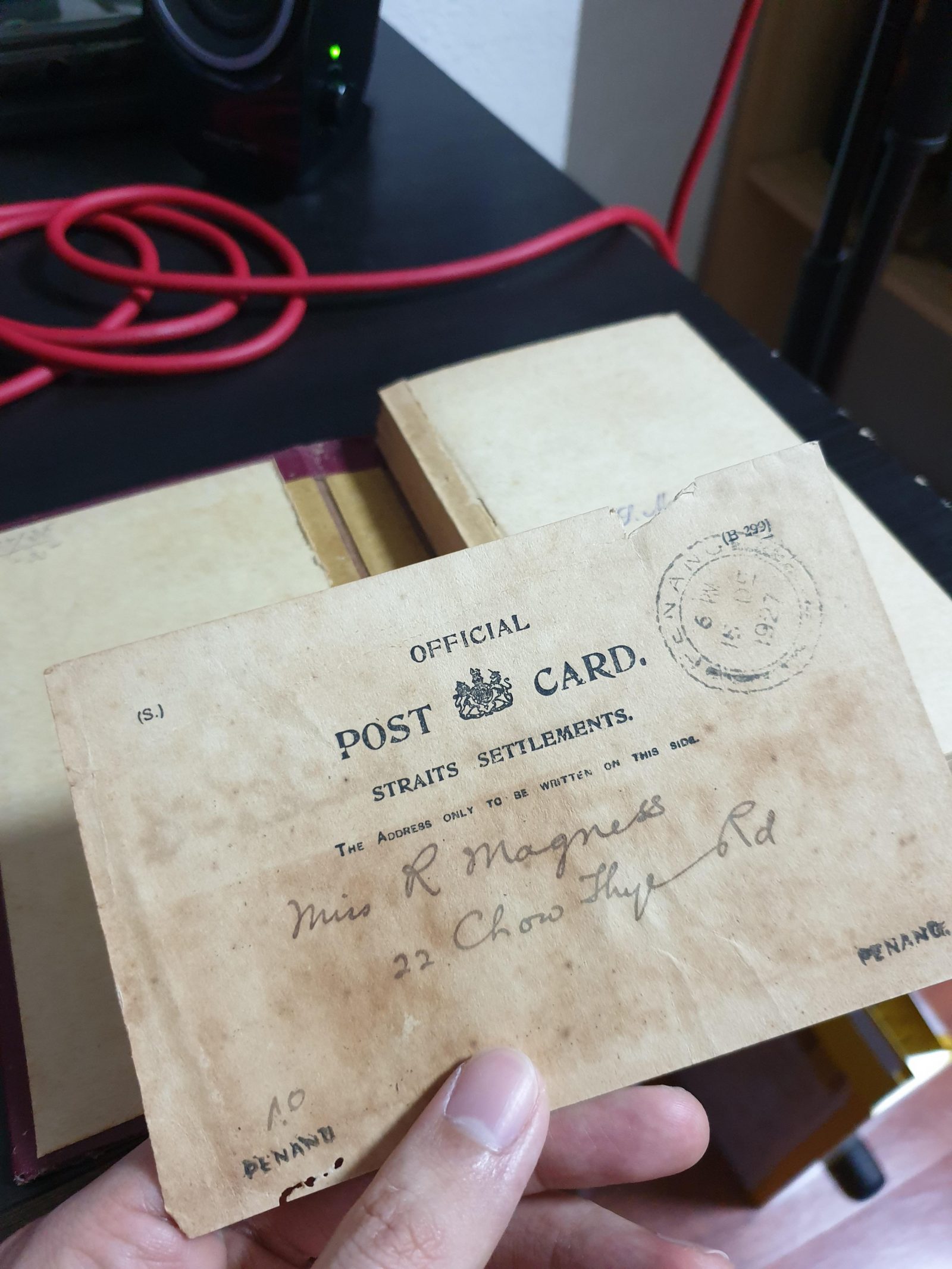 After opening the plastic wrap, he was surprised to find a 92 year-old postcard inside.

The postcard features a logo declaring it an “Official Post Card” of the “Straits Settlement” and was addressed to a “Miss R Magness” at “22, Chow Thye Road”.

Stumped, shared it in the /r/Malaysia Reddit group, which sent other Malaysian Redditors into super detective-mode.

However, they did manage to dig up some information about the Magness family, who were apparently very influential in Penang during the 1900’s.

They even found a woman who might potentially be the daughter of the woman named in the postcard.

Joel, a registered nurse working in Singapore, even received an inquiry from a postcard collector but told TRP that there was no follow-up.

When asked what he would do with the postcard he said, “I might sell it, depending on the value, but I doubt it would go for much. I would contact the family, but I haven’t come around to it.”

Nonetheless, another Redditor has pointed out a more astonishing fact.