OAG turns 30 this December and they are teasing fans with ‘something big’ set to happen soon. 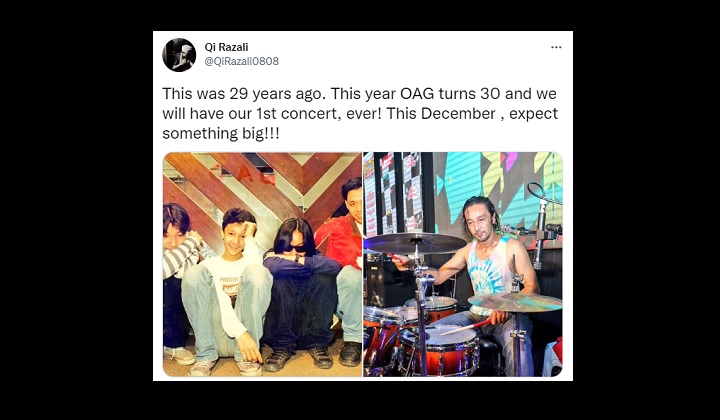 Having first entered the scene in 1992, the band has amassed a solid fanbase despite its original members having gone their separate ways in their music career.

Over the years, lead singer Radhi has brought in several new members, keeping the name OAG alive in the music industry.

Part of the original line-up on drums, Qi Razali recently posted a throwback photo on Twitter saying they will be performing their first concert soon.

A Twitter user replied to Qi’s post, expressing shock that the band never had a concert before.

Qi replied: “Not really…we played a lot of gigs and showcases but never sold tickets to our very own concert.”

Meanwhile, on Instagram, the band’s official account @oagofficial posted: “Stay tuned geng! We can’t spill the details just yet but we are planning something big.”

They were signed by Positive Tone and proceeded to bag the best new artist award at the 1996 Anugerah Industri Muzik (AIM).

Among their songs are 60s TV, What’s The Name of The Game and Slumber.