There’s a way to get into K-Dramas and here’s how. 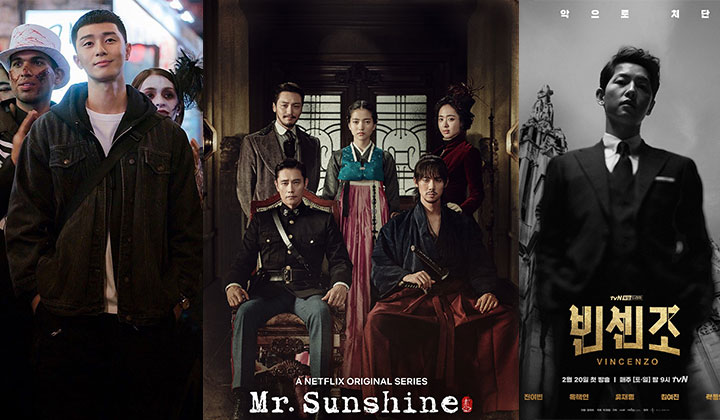 So let’s get right into it – you’re at home a lot more than usual these days, you and your significant other can barely agree on what to watch each night as you sit down with your TV dinners while Netflix previews play and your food gets colder and colder.

She watches K-Dramas when you’re not around but these days, you’re around a bit too much. You’ve already gone down the whole K-BBQ, Soju and Blackpink (Don’t even try to hide it) rabbit hole. But you just can’t seem to bring yourself to watch a K-Drama, cause that’s for the gentler gender.

Here are 5 K-Dramas that you can choose to watch with your significant other, in a ruse to express how much you enjoy spending time with her, while actually enjoying yourself! And all while you’re at home staying safe and away from Covid-19.

Descendants of the Sun

Descendants of the Sun (DOTS) is by far one of the most well-known K-dramas outside of Korea – especially for a more macho audience. It’s a love story that’s action packed enough to keep most men watching and serves as a great introduction to the style that many K-dramas have.

TL;DR Synopsis
A Special Forces soldier falls in love with a doctor but they live very different lives. They end up in the same fictional war-torn country and through a lot of action-packed difficulties they make love work.

For a younger, more hipster crowd – Itaewon Class is a series that is set in…well…Itaewon, Seoul. Just for context, that’s like Bangsar (in it’s better days) – a spot all these hip, young, cool kids go to have fun and hang out at bars. Basically it’s a party spot. The story focuses around tragedy, betrayal, hardships of life and perseverance to succeed with, of course, a side of love. I personally loved the wardrobe in the series.

TL;DR Synopsis
Boy is stricken by family tragedy cos of some rich a**hole. Grows up and vows revenge, becomes the owner of the best bar in Itaewon by beating out the competition, who so happens to be said rich a**hole. Love interest is his childhood best friend who now works for rich a**hole.

Another great series to begin your foray into the world of K-Dramas. This little number is a period piece set in old Korea, then known as the Kingdom of Joseon. If you like historical stuff, this bad boy has a ton of “based on true events” nuggets that are sprinkled across the whole series. The action is also one to rival Descendants of the Sun, if you’ve already seen that.

TL;DR Synopsis
Young boy born into slavery (Yes Korea had slaves!) escapes to the United States and comes back a military officer many yonks later on a mission. He meets and falls in love with a noble girl but faces difficulty due to being low-born. All this while the Japanese plot to conquer Joseon, and he thus becomes embroiled in their fight for freedom. It’s basically Braveheart with a full on Asian cast.

Prepare tissues as this one made me weep like a little girl, making my significant other realise how gentle I really am. Yes, there was a win in that. Also, the male lead is played by Lee Byung-Hun who you’ll know from G.I. Joe.

If you’re in the mood for a little more comedic relief (Something your partner would probably be more down for) – this is the recommendation for you. It’s witty, has hilarious character development throughout, and would ensure laughter every episode. Cuddle and laugh, that’s the best way to a girl’s heart right?

TL;DR Synopsis
A cute, unassuming girl born with super-strength grows up learning to hide her powers from the world. Until she must apply it and learn to use it to help her family and in turn, the public.

This bad boy of a series is currently on Netflix and isn’t even done yet. But it’s enthralled me so much that I’m already up to date and waiting with bated breath for the last 4 episodes (at time of writing).

It’s got all the boxes of old school mafia movies ticked – O.G. mixed with the smarts of law stuff. Unlike regular white people mafia movies, Vincenzo sprinkles in great fight-sequences, cos we’re asian so why not. Of course, you’ve also got the love stuff which adds to the humour of it all. This series completes May 4th 2021 and episodes release at 11pm, Saturdays and Sundays.

TL;DR Synopsis
A Mafia Consigliere (adopted as a young Korean boy) returns to Korea after his Don’s passing. He tries to get gold that was stashed in a building years ago by a now deceased client. Through this he meets the tenants of the building and forms great friendships with them. All while a conglomerate tries to buy the building and demolish it for a skyscraper they’re trying to build.

Of course, there’s a ton of other K-Dramas that are more action packed and catered specifically to a male audience – but those listed above are great for watching with your partner. There are a few others like “Crash Landing on You” (N.Korea and S.Korea romance and politics), “What’s wrong with Secretary Kim?” (Romance + Career), “Vagabond” (Action), “Kingdom” (Period Piece + Zombies), and “Goblin” (Romance + Supernatural + Friendship) – but I just couldn’t list everything I’ve seen in this.

The rest is up to you, so go forth and binge!