The producer was charged for not having a Finas license even though the movie was shot in Taiwan. 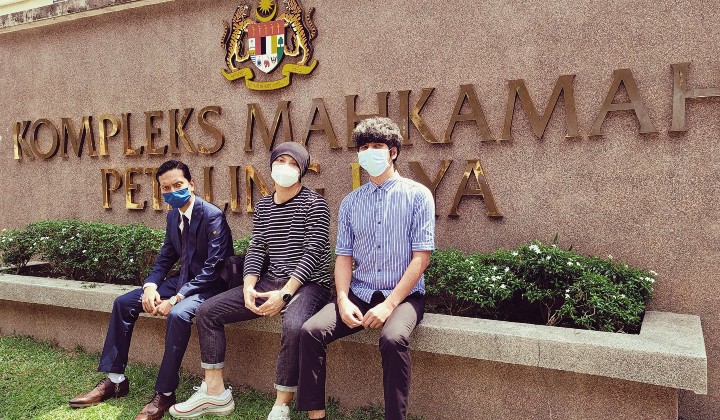 The producer of Namewee’s controversial movie has landed in hot water as he was called to court on 21 July 2021.

35-year-old film producer Toh Han Boon was charged with not obtaining a valid licence from the National Film Development Corporation (Finas) for the production and promotion of the movie Babi a year ago.

The sole charge was framed under Sections 22 (1) of the Finas Act (Act 244), which states that “no person shall engage in any activities of production, distribution or exhibition of films or any combination of those activities as specified in subsection 21(1) unless there is in force a licence authorising him to do the same.”

Toh was accused of participating in the production and distribution of promotional posters for Babi without an authorised licence from Finas.

Namewee later posted a Facebook post saying that the goal of the team in making Babi was never about the fame or profit, and was instead purely a way to achieve the dream of making a film.

Due to this, the team never bothered to apply for licensing from Finas, which specifies that all kinds of film and production work and promotion in Malaysia must require licenses.

Even though we have obtained recognition from four different international film festivals, when we returned to our home country, not only did we not receive any kind of acknowledgment, we end up having to face a huge legal case (for at least a year).

Later on he notes that even though there were many reporters from media of all languages, he could not stop to speak to any media outlets as the team had not made preparations to speak with press.

Last year, when the movie was released after being shot in Taiwan on a shoestring budget, it garnered plenty of attention from Malaysians. The subject matter of racial tension which bled into a public high school piqued the interest of Malaysians keen to watch it.

The main plot of Babi involves school violence that purportedly took place in a secondary school in the southern part of Malaysia in 2000, as explained by Namewee, who directed it.

However, the film was wholly shot, produced, and released in Taiwan. Namewee had no plans to promote or distribute the film in Malaysia.

He also famously said that he did not even try to obtain a FINAS license because “the board which overseas the licensing of films in Malaysia is helmed by old conservatives who find everything sensitive”.

I did not apply for a license for the film in Malaysia because everyone in LFP is old and conservative.

Namewee in a reaction video on the issue

Last year, the movie drew flack from various groups in the country over the alleged ‘racist material’ and racial slurs as shown in its promotional poster.

In fact, a police report was lodged by PN Youth against Namewee for the movie and its allegedly insensitive promotional poster.