A video was uploaded recently asking the public to join in solidarity. 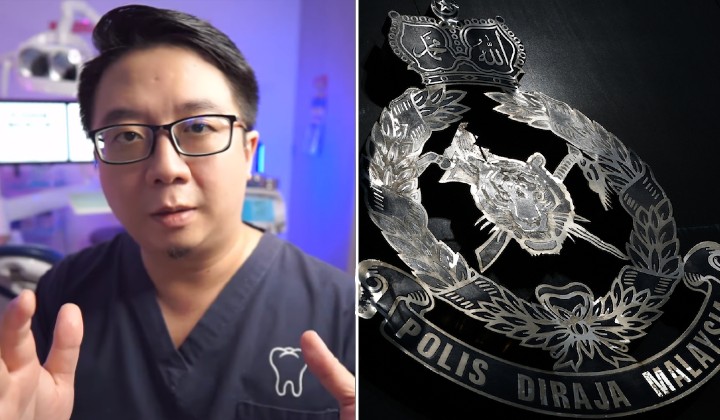 The Royal Malaysian Police (PDRM) are investigating a doctor by the name of Dr Han for uploading a video clip on his channel “Gigi Han” explaining the contract-doctor appointment scheme in the public service sector.

It’s reported by Berita Harian that the police is investigating under Section 505 (c) of the Penal Code (Act 574) for with intent to incite any group to commit an offense as well as Section 233 of the Malaysian Communications and Multimedia Act (MCMA) 1998 (Act 588) for improperly abusing network services.

Bukit Aman Criminal Investigation Department (CID) Director, Datuk Seri Abd Jalil Hassan, said that the investigation revealed that in the video, Dr Han has called on the public to support and take part in the strike.

Dr Han said that the public can show their solidarity by changing their profile pictures on social media to black or monochrome from July 1 to 12 and uploading pictures with hashtags such as #SaveMYcontractHCW, #CodeBlackMY and #BlackMondayMY.

The code is intended to provide support to contract-status medical officers who demand the same privileges as permanent officers. The individual also claimed that the system adopted by the government could affect the lives of Malaysians and health services for six decades since Malaysia achieved independence.

Abd Jalil said in the statement that the investigation paper will be completed soon before it will be handed over to the Attorney-General’s Chambers for further action.