It’s the highest number of cases recorded in Malaysia so far. 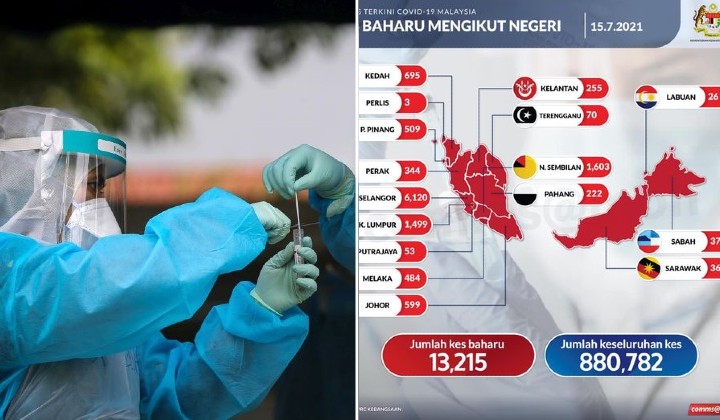 Daily Covid-19 cases in Malaysia has jumped to 13,215 today (July 15), based on the stats from the Health Ministry.

According to the MOH, one of the factors in the increase in new cases is the spread of the Delta Variant.

It is identified as one of the fastest spreading variants – resulting in a surge of new Covid-19 cases around the world.

The variant, which is considered as the ‘biggest threat’ so far, is reported to have spread to nearly 100 countries and become the dominant Covid-19 variant at the moment, especially in countries such as the UK, Portugal, South Africa, and Russia.

Here’s a breakdown of new the cases by state: