Multiple studies have confirmed that the rise in domestic abuse comes almost exclusively from men. 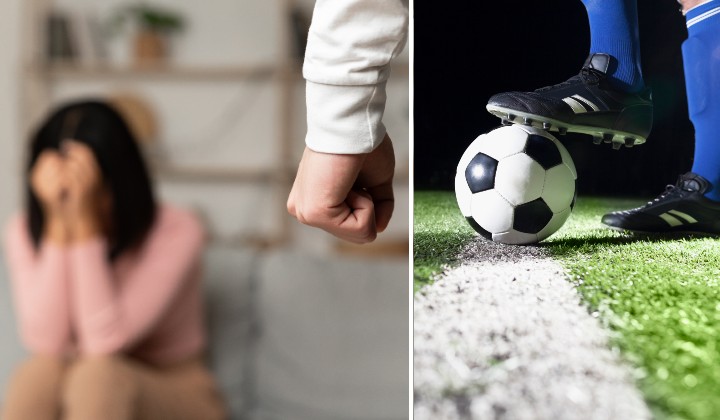 Football, deeply loved by millions around the world, brings out deep emotion in many: the elation of a win, or the heartbreak of a loss. Everyone loves football, but some lose their minds over it.

Following Italy’s win over England in the UEFA Euro 2020, fans at the stadium devolved into violence.

Tribal and ethic violence after the Euro final pic.twitter.com/rZJTHhV1wu

Heightened emotions, paired with the tradition of heavy drinking while watching the matches, can cloud a person’s judgement and lead them down the path of violence– both in public and in private.

Fights among football fans of different teams are distressingly common, but those at home are also at risk. Cases of domestic violence spike during football season, particularly during key matches like the finals.

According to a study from the Center of Economic Performance (CEP), domestic abuse incidents grow by 5% every two hours during high-intensity football matches.

In fact, it doesn’t even matter if the team wins or loses. During the 2010 FIFA World Cup, another study showed a 27.7% increase in domestic violence cases in Greater London on days when England won a match, and a 33.9% increase when they lost.

The toxic cocktail of abuse

In England, where the study takes place, it is common to consume alcohol as spectators watch the match. It’s almost cultural, as alcohol brands, media, and social circles push the two together.

However, alcohol is also likely the cause of increased domestic violence during this time.

Alcohol decreases a person’s inhibitions. When paired with heightened emotions, it leads to lashing out and physical abuse on whoever is around: whether that would be fans of the opposite team, or a wife at home.

Catch some Z’s instead

Naturally, it does not quite mean that football, the sport, or its spectators, are inherently more abusive. However, the dangerous mix of heightened emotions, cultural expectation of alcohol, and strongly personal feelings of their team does result in such tragedy.

While the study was done in England, many Malaysians are also huge football fans and spectate matches all the same. Those who have sat in a mamak to catch a highly-anticipated football match may remember that emotions can, and often do, also spike during these times.

Still, the time zone difference generally means that Malaysians watching football matches must do so until the wee hours of the morning, so it would be more beneficial for everyone to just head to bed instead.

Source: Domestic violence set to surge after Euros 2020 final due to alcohol consumption, whether England win or lose