We researched this from Dewan Bahasa dan Pustaka so that you don’t have to. 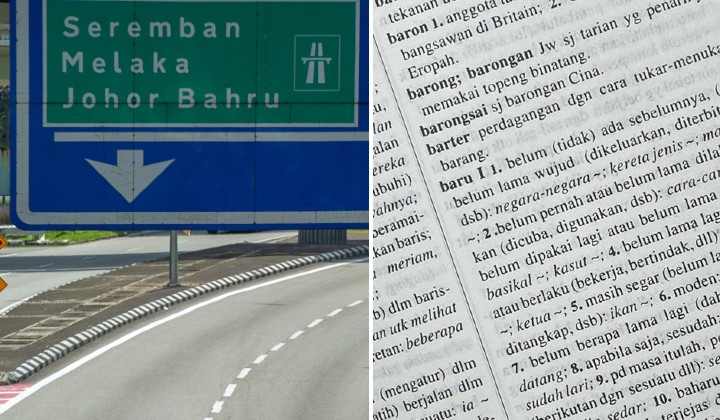 While they are all pronounced the same way, did you know that there are different meanings to baru, baharu, and bahru?

Most Malaysians only use “baru” in daily conversations, but there are actually different grammatical usages in these three terms.

The Institute of Language and Literature (DBP) has been answering these common questions about the three words for almost a decade, so we’ve broken down the explanations for you:

While ‘baru’ and ‘baharu’ both have the same meaning, they are used in different contexts.

‘Baru‘ is used in the context of time. The DBP likens it to the English word ‘just’.

For example, a sentence like “I just heard of this” would be written as “Saya baru dengar.”

‘Baharu‘ is used as an adjective for nouns. The DBP likens it to the English word ‘new’. For example, the term “a new car” would be written as “kereta baharu”.

Additionally, ‘baharu’ is also more often used in terms of legal languages or policies. For example, the various words for “renewal” are spelled with ‘baharu’ as its root word instead of ‘baru’.

The “Bahru” spelling is only used in names, like Johor Bahru, because that is their official gazetted name and cannot be changed. (Just like Mahiaddin!)

Baru tahu? Us too.

Often because of how rojak the Malaysian language is, our usage of grammar in daily life tends to be quite loose and flexible. However, it’s still good to keep in mind these common language rules for when we need to be a little more formal.