The new EMCO rules state that only 1 person per household is allowed for essential shopping. 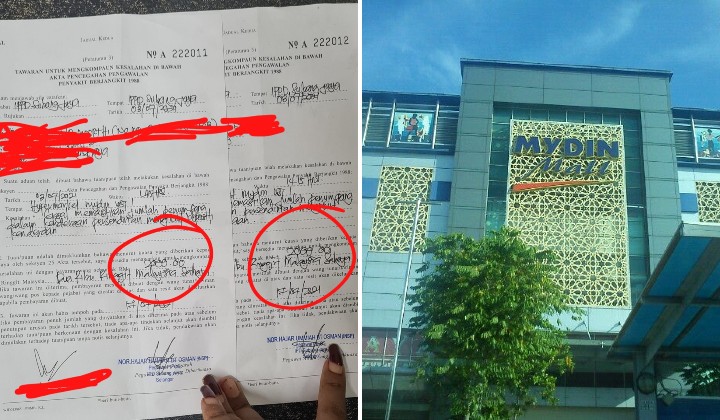 A PJ shopper took to Facebook after receiving summonses after shopping to Mydin Hypermarket Mall in USJ 1, Subang Jaya.

According to her post, she claims that the police were waiting in the shopping mall’s parking lot waiting to write summonses for unsuspecting shoppers.

She drove her mother to the supermarket to buy Indian spices as she is no longer able to drive to Brickfields to restock. Due to this, both she and her mother were fined RM2,000 each, amounting to RM4,000 for the family just for a grocery trip.

While the lady shared her frustrations with the summonses, most people were unsympathetic, claiming that she has clearly breached SOPs.

Many more were concerned that she brought her mother out during this time, especially as it is already common knowledge that Covid-19 is more severe with age.

Some even cheekily mentioned that it’s time for her to learn how to buy spices on her own so she no longer needs to rely on her mother for help.

Raising Awareness For Others

There were also some who genuinely did not realize that the SOPs have changed yet again. Previously, 2 people from each household were allowed to step out for essential items, however the new EMCO means that rules have been tightened.

Although most people are used to grocery shopping in person, the fact of the matter is that during these times, online deliveries are the safest way to get your essential items.

Subang Jaya, which is under the Petaling District of Selangor, is currently under the EMCO, which was put into effect beginning 3 July to 16 July 2021.

The new EMCO SOPs also prohibits traveling for work unless you work in an essential sector, while only 1 representative from a household is allowed to go out and buy essential items.