Those with chronic illnesses will get the shot first. 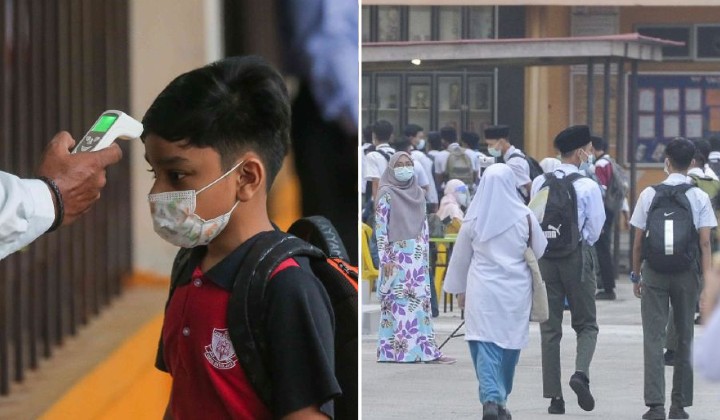 Teenagers will be getting the Covid-19 vaccine but it’s limited to those who have underlying medical conditions, said Science, Technology and Innovation Minister Khairy Jamaludin.

Malay Mail quoted the Minister who announced the decision was made as a precaution and a pre-emptive move.

When asked by the media on the type of underlying medical conditions that will be given priority for vaccination, Health Minister Dr Adham Baba said it’s for:

It’s not just for school children

Meanwhile, the Malaysian Reserve reported that apart from high-risk teenagers, the government will also provide vaccine jabs to teachers and school bus drivers when schools reopen.

The Minister also announced that students who are continuing their studies abroad and will turn 18 this year will receive their Covid-19 vaccinations starting this month.

Previously, Khairy has mentioned that there are plans to vaccinate Form 5 and Form 6 students at schools by July and August.

It’s also reported that Health Ministry has approved the use of Comirnaty vaccine produced by Pfizer-BioNTech to children aged 12 and above.

Based on the stats, nine million people have been vaccinated so far, with at least 200,000 people getting the shot daily.