Hamzah was responding to comments that inspections were disruptive. 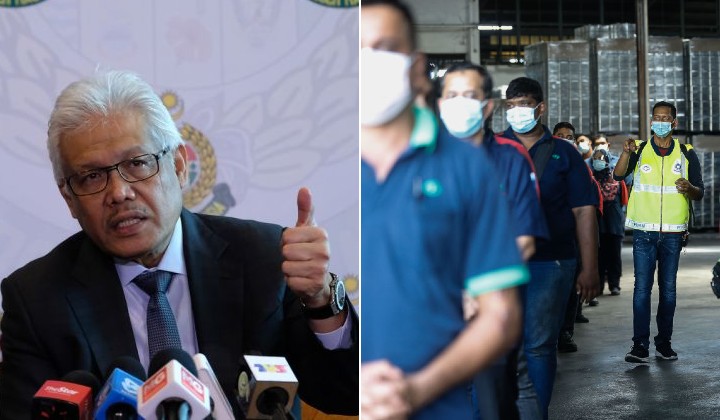 Enforcement agencies do not require a warrant to conduct inspections on issues of compliance with the Movement Control Order (MCO) Standard Operating Procedures (SOPs), according to Home Minister Datuk Seri Hamzah Zainudin.

Bernama quoted the Minister who said that this has been stipulated under the Emergency (Essential Powers) Ordinance 2021.

We are currently subject to the Emergency Ordinance, we can enter and conduct inspections at premises which are allowed to operate with the government’s permission in accordance with the set conditions.

The comment was made as a response to a SME Association of Malaysia Vice-President Chin Chee Seong who questioned enforcement agencies which do not produce any official letter or warrant when conducting inspections.

He also touched on the statement made by Federation of Malaysian Manufacturers president Tan Sri Soh Thian Lai claiming that authorities disrupt factory operations due to frequent raids, saying that inspections were carried out based on public complaints to ensure that all parties adhere to the SOP.