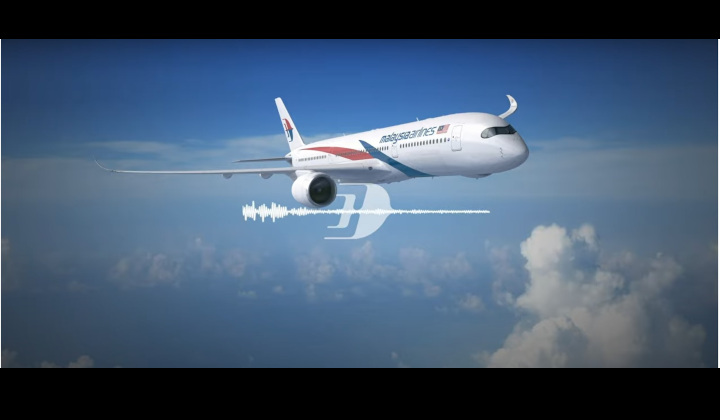 It’s been over a year since we’ve had the luxury to travel internationally. It’s come to a point where the thought of stepping on board a plane sounds as foreign as the destinations we used to fly to.

Okay, maybe just a small investment on a good pair of headphones for a heightened experience.

A sound bound journey on MH4 to London Heathrow

The 30-minute video reveals the sounds you’d hear on those days we used to travel, from the all-too-familiar Kuala Lumpur International Airport (KLIA) chime before an announcement to the boarding anticipation and process frenzy from airport to the plane.

The majority of the journey however is the atmospheric sounds of taking off, cruising and landing, coupled with announcements by the cabin crew and captain.

You will even feel like you’re eavesdropping on conversations, and overhearing a few British accents in the background is a nice touch to make the London bound flight more convincing.

Did you get chills?

Malaysia Airlines described the video with the hashtag #ASMR referring to the concept of Autonomous Sensory Meridian Response.

It is a term used for the sensation people get when they watch stimulating videos with sounds that sends a tingling sensation to their brain.

That pleasure sensation you may feel can crop up in response to a specific gentle stimulus, often a particular sound.

It can also be triggered by things like whispering voices, paper tearing, hair brushing or even that crunch sound when biting into fried chicken.

In 2017, McDonald’s spicy fried chicken created a buzz on social media when introducing the “upgraded” version with a campaign of ASMR videos highlighting the crunchy sound and expression of people eating it.

The sounds the video played must have triggered something because it sold out for three days in a row.

A bit of ASMR, a dash of white noise, and a whole lot of nostalgia

Although Malaysia Airlines referred to their video as ASMR, I found it more akin to white noise.

Those announcements heard at the airport and on the plane – man, that’s nostalgia for you and was probably what gave me chills.

I wouldn’t call it entirely ASMR because it didn’t have any visual consonance. At least, not like the video Virgin Atlantic released back in April of their first-ever ASMR inspired flight video that showcased the sights and sounds of travel that the British have missed most.

I’m sure we all have that one song, when heard sends chills down your back and transports you to a time of pure joy (or sadness).

The video Malaysia Airlines announcements is kind of like that.

Admittedly, listening to the whole half hour of it, the fine hairs on my arms and neck were standing up proudly, reminiscing of a time we could travel freely and on our beloved national airline, no less.

How about having another video of sounds flying back to Malaysia? Just so we can hear the announcement: “To all visitors, welcome to Malaysia. And to Malaysians, welcome home.”