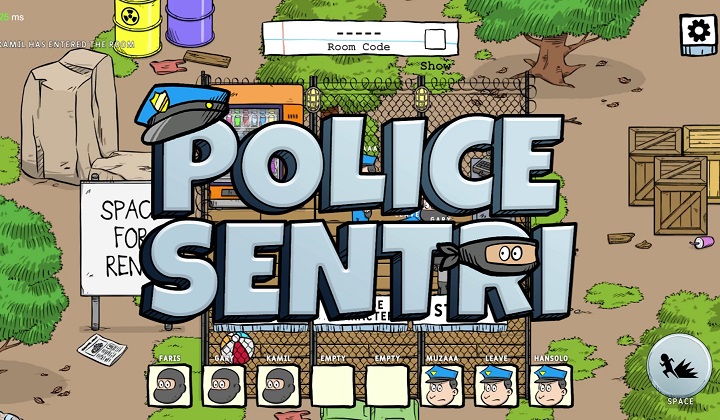 If you were lucky enough to play the Malaysian version of ‘Cops and Robbers’ while at school, you’d also know that there were many variants to this localised game of tag. Some referred to it as ‘Police and Thieves‘, and because of that, its homophone, ‘Police Sentri’ is what the game is called in Malay.

Recently an all Malaysian games development team, Todak Studios, developed Polis Sentri, an online PC and mobile video version of the same game. Complete with different variants and even power-ups.

The developers said that the game took inspiration from familiar childhood games like ‘Cops and Robbers’ and ‘Hide & Seek’.

Catch all the thieves to win the game as the police, or hold the ‘money bag’ while evading the police until the timer runs out to win as the thieves.

The game also has a rank up system that translates to more speed in-game. Thieves can ‘rank up’ by rescuing their comrade from prison while the Police can ‘rank up’ by catching a ‘ranked up’ robber.

Power-ups come in the form of items like potholes, banana peels, disguises, lock-picks, cabbages, and even geese. They can be used to help players escape from the police, apprehend a thief, or just create chaos.

Police Sentri is expected to launch on July 16. Currently, it is in Beta and is available for download on PC and Android.

According to Todak Studios, the game will, of course, include in-app purchases in the future.