But the government needs to vaccinate those who’ve registered first. 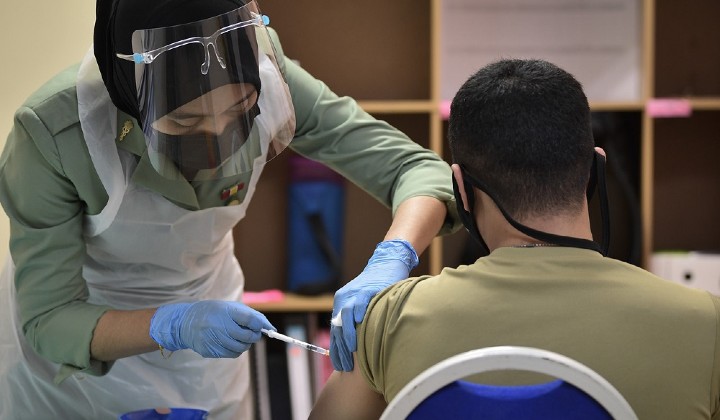 Malaysians can do walk-ins to get their vaccination starting some time in September, according to National Covid-19 Immunisation Programme (NIP) Coordinating Minister Khairy Jamaluddin.

Based on reports from Malay Mail, he said that they would first prioritise vaccinating those who’ve already signed up for appointments before opening up for walk-ins.

Currently, around 14.6 million have registered for their shot and Khairy targets that all of them would receive at least one dose by the end of August at the earliest.

It’s also reported that 3.4 million recipients have received the first dose of the vaccine injection, with 1.4 million more having already received their second shot.

Malaysia might give out AstraZeneca vaccines as the first dose followed by Pfizer-BioNTech for the second dose.

Khairy Jamaluddin said that other nations are doing it to boost vaccine efficacy but the government is monitoring the situation before authorising it.

Based on reports, Germany is the first European country which recommended on April 1 that people under 60 who’ve had a first AstraZeneca shot should receive a different product for their second dose.

Still too early but signs are promising

Preliminary studies have been done by Saarland University in Germany which points out that those who were inoculated with two different brands had a better immune response than those who had received two doses of the same vaccine.

But they said that the research hasn’t been peer reviewed yet and before they publish their findings, the researchers plan to evaluate their data with respect to a number of aspects, including gender and age of participants, and to determine which vaccine combination produced the most side effects.

Meanwhile, another study was conducted in Spain which also found that those with both the Oxford–AstraZeneca and Pfizer–BioNTech Covid-19 vaccines produced a potent immune response against the coronavirus.