He will be charged under Regulation 17 of the of the Infectious Diseases and Control Regulations 2021. 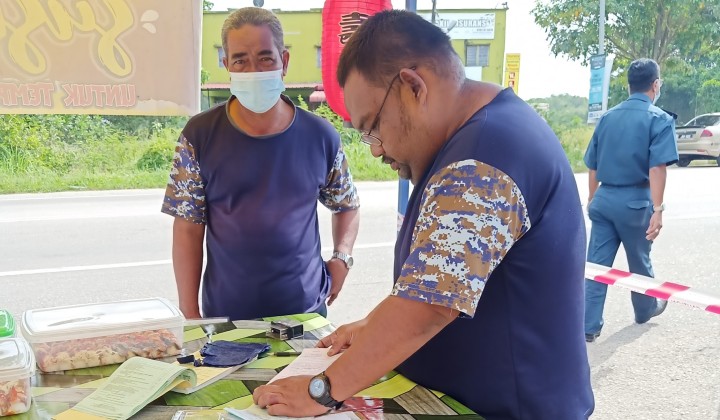 It looks like the Pasir Mas Municipal Council Enforcement Officer who went viral recently for not wearing a mask while issuing a fine to a roadside hawker will be fined himself, according to reports.

He also said that a police report was also lodged against the officer in question and the police are tracking him down for further investigation.

The suspect is an enforcement officer with the Pasir Mas Municipal Council who was issuing compounds on petty traders who weren’t supposed to operate near Masjid Beijing in Rantau Panjang.

Meanwhile, Harian Metro reported that the officer will be charged under Regulation 17 of the Infectious Diseases and Control Regulations 2021 for not wearing face masks in public places.

The picture caught the attention of Malaysians after it was posted online by Facebook user Muhamad Firdaus.

In the caption of the post, he admitted that he doesn’t have a license but he did question why the officer didn’t follow Covid-19 Standard Operating Procedures (SOPs).

Netizens were also bewildered by the officer’s disregard towards the pandemic – in contrast to another man who was photographed standing right next to him and wearing his mask.