They will replace China and Australia. 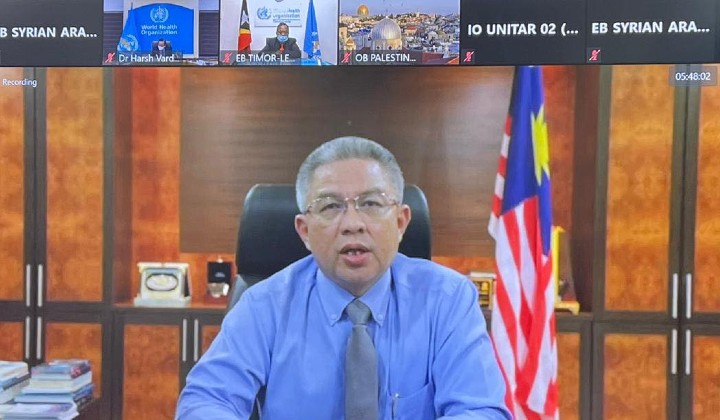 Malaysia and Japan are now the new members in the World Health Organisation’s (WHO) Executive Board (EB) for the term of 2021 to 2024.

They will be replacing China and Australia and the country’s EB membership is led by the Health Minister Datuk Seri Dr Adham Baba with the Director-General Tan Sri Dr Noor Hisham Abdullah as the alternate member.

The Health DG shared the news on Facebook recently, saying that Malaysia had previously served as an Executive Board Member three times.

The EB is composed of 34 individuals technically qualified in the field of health elected for three-year terms. Each individual is designated by a Member State elected to do so by the World Health Assembly.

He mentioned that the main functions of the EB are to give effect to the decisions and policies of the World Health Assembly, to advise it and generally facilitate the work of WHO.

The Annual Board meeting is held in January when the members agree upon the agenda for the next World Health Assembly and the resolutions to be considered by the Health Assembly.

He added that a second shorter meeting takes place in May/June, as a follow-up to a preceding Health Assembly.

Tags
executive board Japan Malaysia WHO