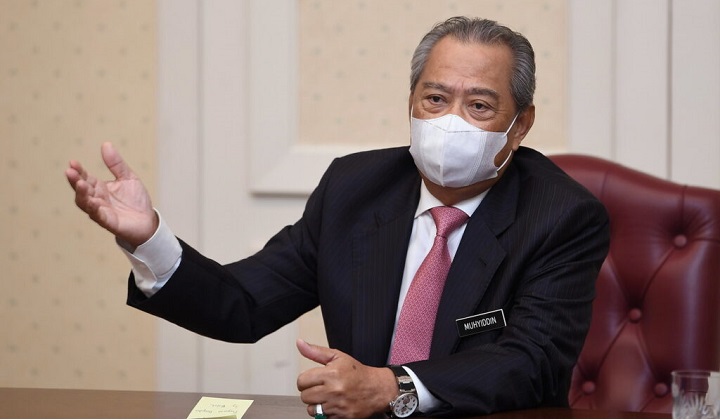 All of Malaysia is now under the Movement Control Order (MCO) as the number of Covid-19 cases here continued to trend upwards.

In a statement announcing the decision, Prime Minister Tan Sri Muhyiddin Yassin pointed out that daily new cases had surpassed 4,000 with 37,396 active cases and the death toll now 1,700 as of 10 May 2021.

“Malaysia is facing a third wave of Covid-19 which could spark a nationwide crisis,” said Muhyiddin in the statement.

He also said that new, more infectious variants, the strain on the capacity of the public health services, and the lack of adherence to the standard operating procedures (SOP) had driven the government to take more drastic measures.

“Data and science continue to show that gatherings which make physical distancing and the presence of people in crowded areas are the main reasons for the spread of Covid-19.

“The Covid-19 chain of infection can only be broken by encouraging people to stay home through tighter movement controls,” he said.

He said a special meeting of the National Security Council (MKN) had decided that the MCO would involve the following:

Muhyiddin said the ban on interdistrict and interstate travel as well as the ban on social activities, sports, and education would be implemented from 10 May till 6 June as announced by Senior Minister (Defence) Datuk Seri Ismail Sabri Yaakob on 8 March.

Other bans and instructions would be implemented from 12 May till 7 June.

However, throughout these periods, all economic sectors would be allowed to operate and more detailed SOPs would be published by MKN.

“The government will continue to use HIDE to observe premises and areas which are hotspots for Covid-19 as well as take follow-up measures as decided.

“I hope all the rakyat will continue to be disciplined and follow the SOP to break the chain of Covid-19 infection. The best thing is to stay at home so together we can flatten the Covid-19 infection curve,” said Muhyiddin in the statement.

He pointed out that Malaysians had managed to do just that during the first and second waves but reminded them that this third wave far more aggressive and critical.