Kajang District Police Headquarters is on the case. 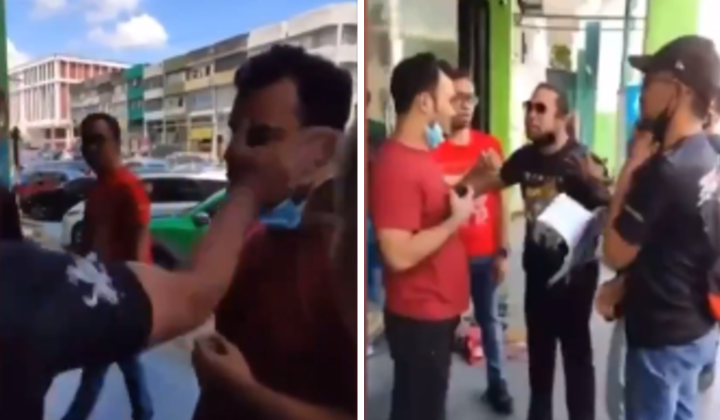 The police are investigating the incident involving a group of men who assaulted a foreigner in Taman Alam Jaya, Batu 9 Cheras, Kajang after a video surfaced on social media recently.

According to Kajang district police chief ACP Mohd Zaid Hassan Mohd Zaid, the incident is clearly a criminal violence that can be investigated under Section 147 of the Penal Code.

The initial investigation found that the incident involved a man, believed to be a foreigner, who was assaulted by a group of local men known as Yusuf Azmi, Abang Ali and several others who are yet to be identified.

ACP Mohd Zaid Hassan also said that further examination on the video also found that the group of men had violated the Standard Operating Procedures by gathering in a crowd and not practicing social distancing.

For the SOP violation, it’s being investigated under Section 269 of the Penal Code and Section 22(b) of the Prevention and Control of Infectious Diseases Act 1988.

One of the names, which was mentioned by the police, Yusuf Azmi, actually came out with a statement on Facebook recently and addressed the incident.

Yusuf said that he met the foreigner after hearing rumours about people trying to exploit his clothing brand by selling fake or low-quality shirts.

He explained he acted in such a way because he did not want a third person to tarnish his name and the clothing brand.

You try to imagine we only ordered 600 pieces at a price of RM10 ringgit. He can make an easy profit of RM6000 just by selling reject Semboyan Jihad t-shirts that has been rejected. He also used a shirt printing shop owned by the Malays themselves as bait and convince victims to be deceived.