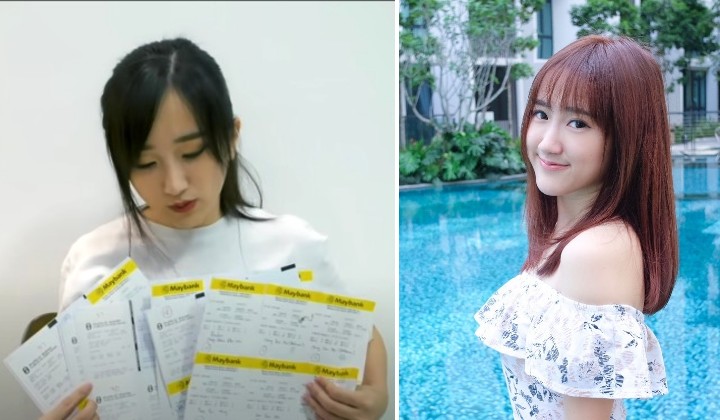 Malaysian influencer Yang Bao Bei, also known as YBB, has had a rough few weeks. On 17th April 2021, she attempted suicide from her condominium, which led to netizens quickly going public with the reason why.

A few weeks before her suicide attempt, she began selling her luxury branded handbags on her social media channels.

She would sell the bags to multiple buyers, take the deposit, and never send out the goods. Netizens quickly realized this and ripped apart her scam operation, tanking her reputation.

Soon after, a 40-minute long video of six people simply titled “The Real Truth About YBB” shows people claiming to be her former business partners and friends, revealing that the 27-year-old influencer is actually heavily in debt to loansharks.

The six released the video in hopes to clarify the entire situation from people who were involved and victims of her scams, as well as to urge caution to other potential victims. They alleged that YBB spread lies about each person to different parties in an attempt to victimize herself.

In the video, they managed to retrieve screenshots and evidence of chat logs with loansharks, other influencers, and more from YBB’s phone, which she had passed to one of them.

The money made her do it

More accurately, the lack of money forced her to such desperate ends.

In the video, her close friends and business partners in a bubble tea business all reaffirmed that YBB has borrowed money from them constantly in large sums.

Additionally, they also raised an allegation that she intended to steal phones and wallets at a private influencer event, in an attempt to pull the same scam on other influencers’ accounts.

Yi Yi was one such influencer who lost her phone and wallet at the event. She alleged that YBB had taken her IC to borrow more money from loansharks, leading Yi Yi to lodge multiple police reports over her stolen identity.

However, YBB did not mention or address the allegation in her own apology video.

YBB released her own apology video on 30 April 2021. In it, she claims that her descent into gambling began because she was spending a lot of money on a then-boyfriend who was younger than her and earning less.

To maintain their lifestyle, she cleared out most of her savings, leading her to desperately look for money.

YBB in her official apology video.

She claims that this ‘win’ caused to her to obsess over gambling as a way out of her financial hardships. Naturally, this was not the case.

Gambling her life away

After she had lost every penny, she took loans from loansharks with sky-high interest rates. When she couldn’t pay back the money, even more loansharks came to her offering more loans to cover her initial loan.

She took out more loans and continued trying to gamble her way to a win. During this time, her bubble tea business failed and she found out her then-boyfriend cheated on her, leading to their breakup.

When the loansharks began harrassing her family for the money, her friends chipped in to help her settle the loan. However, it wasn’t enough to cover the loan and interest. Hence, she took the money given by her friends to gamble once again, hoping for another win. It goes without saying that she lost all that money too. At this time, she allegedly had up to RM2million in gambling debt.

Finally, she decided to sell her luxury bags to earn some cash. However, when she received multiple enquiries for them, she was blinded by greed. She schemed to ‘sell’ the bags to multiple buyers and take their deposit without actually sending out the goods.

Of course, this scheme was quickly dismantled by her fans and netizens. She was apprehended and sent to jail for her online scam. During this time, she passed her phone to her former business partner and family friend Sky. Once Sky had possession of her phone, he quickly found out about the many lies that she has told and schemes she has pulled on her friends and fans.

Her fall from grace

When she was released from jail, her reputation was in shambles, she no longer had support, and loansharks were still at her door. At this point, she felt that there was no way out, which is when she decided to attempt suicide.

This half a year, I have done so much bad things and said so many lies. I’ve hurt my loved ones and all those around me. I really regret it.

YBB in her official apology video.

She ends the video claiming responsibility for all her transgressions, saying that she will make amends and return all the money owed no matter how many years it takes. She also pleads with her viewers to never get involved with gambling, saying that it is never a way out, only a dead end.

In the meantime, if you’re having problems or suicidal thoughts, please reach out to Befrienders via:
Phone: +60376272929
E-mail: sam@befrienders.org.my
Available 24 hours everyday, 7 days a week.