The police are also investigating these blank interstate permission letters under Section 468 of the Penal Code and Section 233 of the CMA 1998. 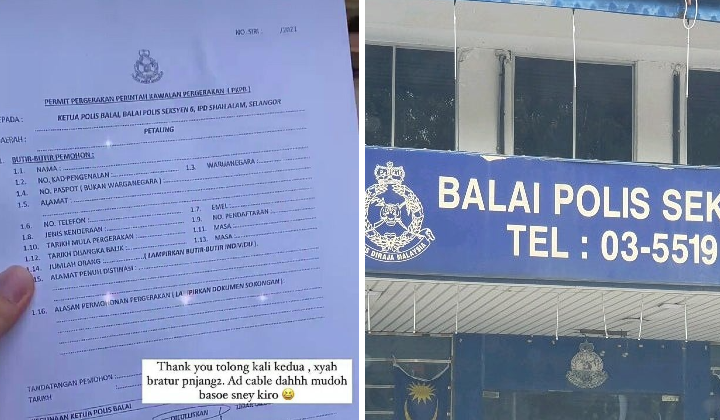 Shah Alam police have opened investigations on blank interstate permission letters that was allegedly signed by the Deputy Officer-in-Charge of the Section 6 Police Station.

The district’s Deputy Police Chief, Superintendent Ramsay Embol said in a statement that they are investigating under Section 468 of the Penal Code and Section 233 of the Communication and Multimedia Act 1988.

Section 468 carries the penalty of up to seven years jail time plus fines while Section 233 of the Communications and Multimedia Act (CMA) 1998 has a maximum fine of RM50,000 or a jail term not exceeding one year or both.

The incident went viral after the papers were uploaded online, overlaid with text reading “Thank you for helping the second time, don’t need to wait in a long queue, we have the connections now, so it’s easier”.

Ramsay said that early investigations have pointed out that the signature might have been fake.

Initial action found that there was a falsification of the signature belonging to the Deputy Officer-in-Charge, Sargeant Major Mohd Fadzli Ali.

This is the second time that blank interstate permission papers have gone viral online within the span of just a week.

The first was an incident in which photos of authorisation letters posted online were not filled out but bore the approval stamp from Chukai Police Station in Kemaman, Terengganu.