Some cars stole our hearts in the 90s. But In 2020 it keeps getting stolen. 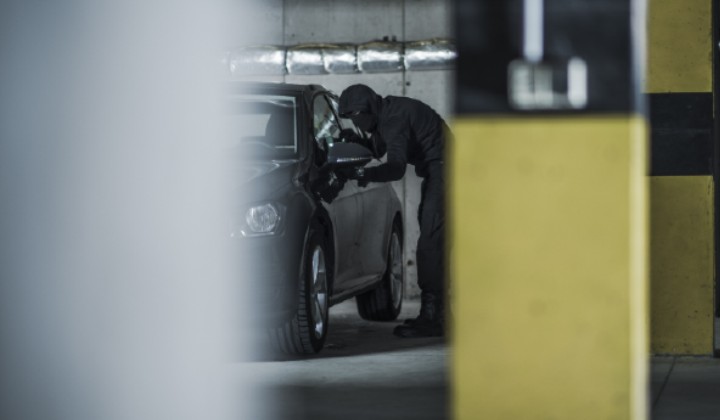 Here’s the unfortunate reality of being a car owner in Malaysia, there’s always that niggling fear in the back of your mind that one day your car might get stolen. In fact, our country even had the dubious honour in 2016 of being one of the top 10 countries in the world with the highest number of vehicle thefts.

But, wait! There’s some good news this year – somewhat

According to the Vehicle Theft Reduction Council of Malaysia (VTREC), an average of 20 cars were reported stolen daily in 2020, a decease from 2019’s 32 average missing cars.

However, Bukit Aman CID (intelligence/operations) deputy director Deputy Comm Datuk Dev Kumar said that more could be done to raise awareness as car theft syndicates get increasingly sophisticated with each passing year. The drive to steal local cars were largely based on cannibalising them for parts, while foreign-made vehicles would be sold overseas.

If you’re wondering how popular your car is among thieves, here’s VTREC’s list of the most stolen cars in Malaysia in 2020.

Malaysia’s quintessential rich man car certainly has a lot of fans across social strata with 60 units disappearing in 2020.

Fun fact: The Vellfire name was derived from “velvet” and “fire” to emphasize the vehicle’s “smooth” and “passionate” characteristics.

The Honda City has always been popular among Malaysian car buyers, and apparently, it’s quite admired by thieves too with 75 units reported stolen.

This family sedan produced by the Japanese manufacturer since 1981 has seen many different variations over the years. Since the second-generation model was introduced in the country in 2019, the car has seen more than 100,000 units sold. Most recently, the 2020 Honda City – 5th-gen was launched in Malaysia in October 2020.

The sturdy sedan has gone through many changes since the first two-door model was introduced in 1972. This Japanese machine has been credited to be among the best cars that the nation of the rising sun has to offer, noted as being reliable and having excellent performance.

Well, this trend is bound to keep on going, as the car takes 8th place with a total of 85 units stolen this year.

Many may remember the Proton Waja for being dubbed a Mitsubishi Lancer clone, but it’s also the first-ever car to be fully designed in-house by Proton.

Despite its issues with quality and ergonomics, the Proton Waja was a success with 292,556 units sold between 2000 and 2012. The car was even being sold in the UK under the name Proton Impian at one point.

And even nearly a decade after its been discontinued, the Waja still remains admired by its faithful owners and thieves alike with 104 units nicked.

The 2019 model of the Saga recorded booking volumes that nearly matched the very first original Saga. In June 2020, the Saga hit its highest monthly sales volume in 70 months.

READ MORE: Proton Saga Is 35 Years Old And Still As Popular As Ever

Credited to be the most successful car model in Malaysia, these ubiquitous compact cars are the 5th most favorite among Malaysian car thieves.

This subcompact car introduced back in 2005 was the result of the manufacturer’s collaboration with Japanese companies Toyota and Daihatsu, with its third-generation model being designed fully in-house here in Malaysia.

There are currently an estimated 1 million Myvis habituating the national roadways to date, which could probably explain why we often find them in the craziest situations.

Before Myvi, there was the Kancil – Perodua’s first ever vehicle introduced in 1992 that became one of the most preferred city-cars in its time.

Named after the mouse deer, the Kancil is actually a rebadged version of the Daihatsu Mira and remains to be one of thieves’ most preferred choice with 114 stolen units in 2020.

Fun fact: this five-door hatchback was marketed in the UK as Perodua Nippa in 1997 where it became the cheapest new car on sale there.

This massive pickup truck was first introduced in 1968 and has gone through multiple upgrades over the years eight generations currently available in the market.

Not to be confused with the original Proton Saga, the Iswara was released back in 1992 and made available as both a 4-door sedan and a 5-door hatchback.

Now, it’s a popular choice for thieves -coming in second with a total of 273 units stolen last year.

To no one’s – okay maybe to some- surprise, Proton Wira tops the list as Malaysia’s top stolen car once again.

General Insurance Association of Malaysia (PIAM) chief executive Mark Lim noted that the Proton Wira, despite having low value in the used car market, was a popular target of thieves as production of new parts for the model had been discontinued.

Making its first appearance in 1993, the Wira which translates to “hero” was based on the Mitsubishi Lancer and was known to be the perfect car for families and single folks alike for being practical, economical, comfortable and ultimately reliable in most ways.

It’s also a surprisingly fantastic performance car, as evidenced by the two Dutch brothers who brought a Malaysian vehicle to the world-famous Nurburgring in Germany.