Little did I know the amazing taste and tingling sensation that it would send throughout my body. I had just been introduced to coffee. 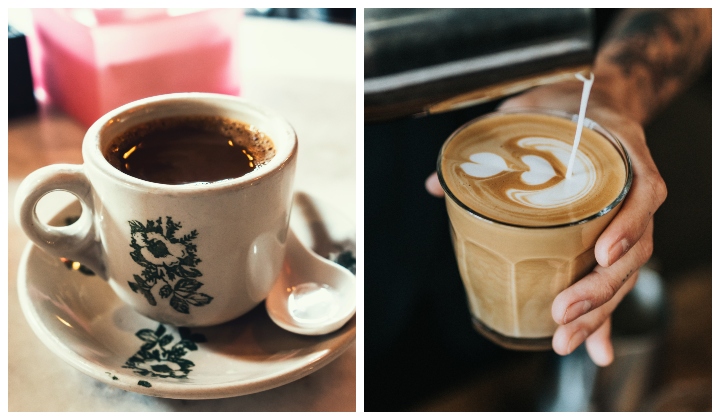 I remember the first cup of coffee I had. I was 14 and had just cycled to the comic book store and wanted to sit and relax and have a drink. Having seen the Starbucks brand in the Austin Powers movie, my curiosity got the better of me, and I wandered in and ordered a latté.

Little did I know the amazing taste and tingling sensation that it would send throughout my body. I had just been introduced to coffee. That’s when I decided I want to be a barista.

The Legend and History of Coffee

It’s fairly ubiquitous. Anywhere you go, it’s probably not too far away. Legend has it an Ethiopian farmer discovered that his goats became energised after consuming from the coffee plant.

Malaysian Coffee and the Kopitiam

Here’s a little known fact: we also have our own coffee farms in Malaysia. But because they’re mostly of the Robusta variety which is grown at a lower altitude, they are considered lower quality beans.

These beans end up in the instant coffee selection (such as Ipoh White Coffee) and kopitiam venues, where they are roasted darker than most beans, with palm oil and margarine. Baristas agree that it has a thicker, more robust, earthy flavour, slightly on the bitter side, signature of a kopitiam.

Kopitiam, which is originates from the combination of the local word for coffee, ‘kopi’ and the Hokkien/Hakka word ‘tiam’ meaning shop, have been around since coffee has been traded in the region, for hundreds of years.

Believed to have originated in Penang and established by Chinese merchants, they are a part of our heritage and culture.

The Evolution of Malaysia’s Coffee Culture

In recent years, there has been a surge in Kuala Lumpur’s coffee scene. New cafés popping up all over town, faster than you can say ‘Kopi O Satu!’

Many of these little independent cafés around town take their cue from the coffee culture in Melbourne. Recognised as one of the coffee capitals of the world, some Malaysians who studied there were inspired to bring the culture back home.

Melbourne’s coffee culture came to them quite naturally, as the city hosts the largest Italian population outside of Italy, and they have been taking coffee very seriously for hundreds of years. Espresso is an Italian word, they invented the stuff!

In fact, in the 70s, when Starbucks former CEO Howard Schultz was tasked with growing the brand from a small coffee roasters and café in Seattle, Washington into the giant coffee corporation it is now, he found inspiration from the Italian coffee culture on a trip there.

You can find them all over the place. They have played a major role in the way caffeine has been consumed for many decades now, and on a global scale. You expect a certain consistency when you come to one of these places, and generally you get it.

But is it the best coffee you can get? Starbucks has made a distinction in their selection by opening special ‘reserve’ stores like the one in The Four Seasons Hotel in KL, offering the rarer beans and larger variety of brewing methods.

To Each Their Own

Everyone has their preference, and there is no wrong answer when asked the question “How do you like your coffee?” Coffee snobs will tell you that single origin, organic, fair trade, Arabica beans, etc, are some indicators of how to tell the best coffee from the rest, and they may be right.

But I think the old man at the kopitiam might enjoy his simple Kopi-O just as much as any would-be coffee connoisseur would.

Which is precisely my point, as one who tries to appreciate coffee in all its forms (yes, even the instant stuff), I whole heartedly believe that the best type of coffee is the one you enjoy the most.

The one that makes you happy, regardless of what others think. My father, for instance, can’t stand the espresso coffees. Give him a kopitiam kopi any day.

Someone once told me “Life is too short to ruin your day with a bad cup of coffee.”

Let’s appreciate coffee in all its forms. Cheers!