This Datuk Seri has a history of throwing his weight and money around. 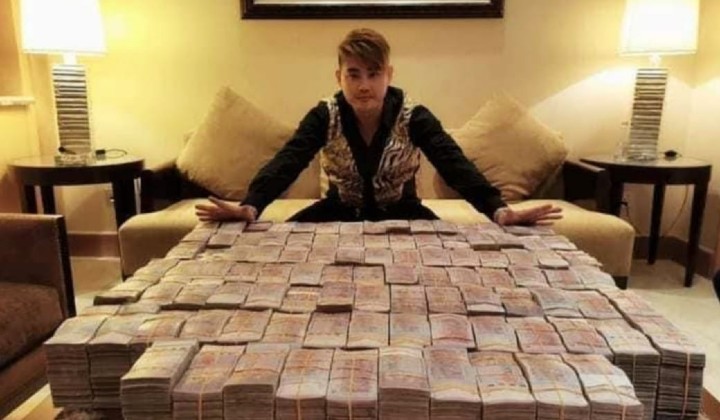 Datuk Seri Nicky Liow Soon Hee is now a wanted man for illegal activities linked to money-laundering. Liow, 33, is the founder of Winner Dynasty Group, and is believed to hold great influence in high places including officials from enforcement agencies.

Johor police chief Datuk Ayob Khan Mydin Pitchay stated that his team conducted a raid in Puchong yesterday, which led to the arrest of 12 individuals who are believed to be part of the syndicate led by Liow.

However, Liow has now gone into hiding, although the police believe he is still in Selangor.

Liow is under scrutiny after two investigation papers were opened under the Anti-Money Laundering Act 2001 and the Security Offense (Special Measures) Act 2012.

Liow has once made headlines before for physically assaulting 3 People’s Volunteer Corps (RELA) members back in 2017.

At that time, the three RELA members had asked him to move his Toyota Vellfire near Kau Ong Yah Temple in Ampang as it was obstructing traffic.

Not only did Liow refuse to do so, he physically assaulted the trio- at the time aged 19, 21, and 27- leading to the volunteers suffering from bruises, swelling in the eye, being kicked, and being hit on the back of the head.

The three lodged a police report over the abuse and an investigation was opened against Liow for causing hurt and obstructing public servants from discharging their duties under Section 324 and Section 186 of the Penal Code.

He showed up at the Ampang Jaya police headquarters in a Bently and was subsequently remanded for 4 days.

Later on, it was alleged that he had offered each of the three RELA members RM10,000 each to drop the case but they had refused the offer.

The three RELA members later received commendations for their patience and professionalism despite being threatened and assaulted.