The 21st of March marks the International Day for the Elimination of Racial Discrimination. 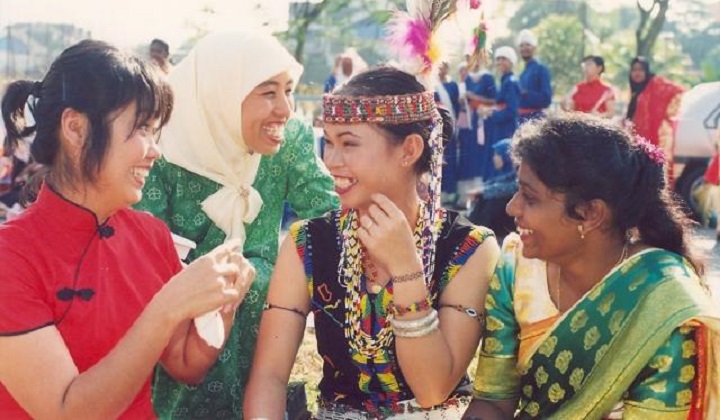 The 21st of March marks the International Day for the Elimination of Racial Discrimination (or End Racism Day for short) and for 2021, the official hashtag is #FightRacism, and the theme is ‘Youth Standing Up Against Racism’.

The day is marked annually on the anniversary of a day the police in Sharpeville, South Africa, opened fire and killed 69 people at a peaceful demonstration against apartheid in 1960.

The Oxford Dictionary defines Racial Discrimination as ‘the practice of treating somebody of a particular group in society less fairly than others’.

The Cambridge Dictionary defines Racial Discrimination as ‘unfair treatment of someone because of their race’.

According to the United Nation (UN)’s International Convention on the Elimination of All Forms of Racial Discrimination (ICERD) racial discrimination is:

“Any distinction, exclusion, restriction or preference based on race, colour, descent, or national or ethnic origin; which has the purpose or effect of nullifying or impairing the recognition, enjoyment or exercise of human rights and fundamental freedoms in the political, economic, social, cultural or any other field of public life.”

Why is it important?

The UN General Assembly says that “all human beings are born free and equal in dignity and rights and have the potential to contribute constructively to the development and well-being of their societies” and “any doctrine of racial superiority is scientifically false, morally condemnable, socially unjust and dangerous and must be rejected.”

In Sociology, Pluralism is a state in which all races and ethnicities are distinct, but have equal social standing. Not a society that’s colour blind per se, because people still have racial heritage that are recognised in society, but in terms of how social and economic resources are distributed, the colour of one’s skin plays no role.

Malaysia is pluralistic by the letter of the law, as in the Federal Constitution, which forbids discrimination against citizens based on sex, religion, and race, yet in Article 153 of the Constitution, it also accords a “special position” to Bumiputeras (the ethnic Malays) and the indigenous tribes of Sabah and Sarawak in eastern Malaysia, where special privileges are to be provided in education, employment, and other areas.

The article is viewed as a sensitive matter by many, politicians on both sides, who are in favour or oppose it, are often being labelled as racist.

In his book The Malay Dilemma, ex-Prime Minister Tun Dr Mahathir Mohamad touched on ‘genetic inferiority’ as the justification of Affirmative Action in Malaysia – Some have argued this as a position of ‘Positive’ Discrimination.

What does SUHAKAM say?

The Human Rights Commission of Malaysia (SUHAKAM) commemorates the day and its theme of “Youth Standing Up Against Racism’ by recognising the increasing role of youth in society and in charting the future of the nation.

They warn that online technology as a mode of communication and dissemination of information has lead to social media misuse, for public shaming and attacks, racism and xenophobia targeting some ethnicities and nationalities.

The majority of social media users being youths, without proper guidance they run the risk of exacerbating racist and intolerant attitudes.

They also urge the Government to step up its efforts to implement policies and measures to counter hate speech and intolerance; and to provide open platforms for youths and various groups in society to discuss and address the issue of racial discrimination in Malaysia.

SUHAKAM also reiterates its call to the Government to accede to the ICERD as it will serve as a catalyst for more concerted effort to promote and protect human rights for all regardless of race, colour, descent, nationality or ethnic origin.

As the famous civil rights activist, Martin Luther King Jr once said ‘I look to a day when people will not be judged by the colour of their skin, but by the content of their character.’

Malaysian Proves That Racism In Housing Rentals Is Very Much Alive