North Korean diplomatic staff and their families in Malaysia are ordered to leave the country within 48 hours from 19 March. 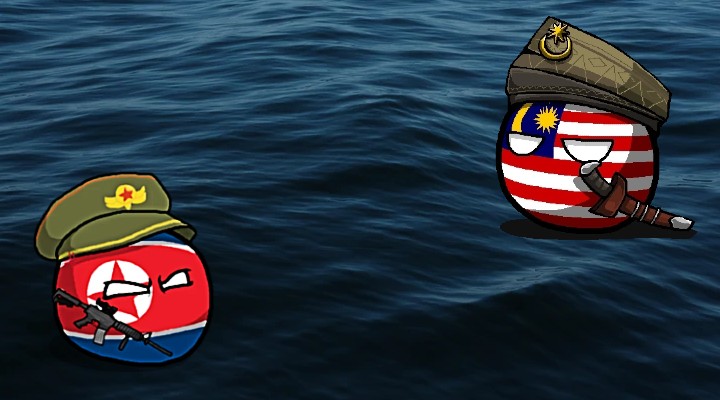 The Democratic People’s Republic of Korea (DPRK), or North Korea as it’s known to the rest of the world, announced that it would cut diplomatic ties with Malaysia in protest against our extradition of one of its citizens to the United States (US) for money-laundering charges.

DPRK’s Foreign Ministry accused Malaysia of colluding with the US and will be shutting down its embassy here in Kuala Lumpur.

The citizen in question is a man by the name of Mun Chol Myong who had reportedly been living in Malaysia for about 10 years.

He was arrested in 2019 facing charges or money laundering, conspiracy as well as supplying prohibited luxury items from Singapore to North Korea – an act that is a clear violation of United Nations’ (UN) sanctions which prohibits the import and export of certain goods to and from the DPRK.

Mun had denied allegations made against him and claimed that he was a victim of a politically motivated move made by the US against North Korea.

In response to the announcement, the Malaysian Foreign Affairs Ministry denounced DPRK’s decision to sever diplomatic relations, saying it was unfriendly, unconstructive and scorns the spirit of mutual respect between nations.

The ministry also stated that it was compelled to close our embassy in North Korea and will issue an order to North Korean diplomatic staff and their families in Malaysia to leave the country within 48 hours from today (19 March).

Sources in the ministry also revealed that there were no Malaysian citizens currently in North Korea.

Malaysia reserves our every right to respond to the decision of the DPRK in order to
protect our sovereignty and to safeguard our national interest. Malaysia believes that
our stance on this unfortunate development will be fully appreciated and understood by our friends and partners who commit to the principles of justice, rule of law, as well as to peaceful coexistence among nations.

Malaysia and North Korea have had diplomatic relations since 1973 – having opened our own embassy in the country’s capital, Pyongyang in 2004, which was a year after the DPRK opened its embassy at Damansara Heights.

In 2009 Malaysia and its citizens became the first country in the world that’s allowed to visit North Korea without a visa to promote tourism.

In fact, North Korea even had a direct flight from Pyongyang to KL in 2011. However, the route was soon closed following international sanctions.

The two countries were also involved in trade, with Malaysia exporting goods such as palm oil and rubber as well as importing labour, raw materials and electronic products from North Korea.

Another weird moment in history was when North Korea’s Supreme Leader Kim Jong-Un, was awarded an honorary Doctorate in Economics by HELP University in 2013, where the country’s ambassador had accepted it on the leader’s behalf.

Malaysia’s relationship with the DPRK began to sour following the assassination of Kim Jong Nam (Kim Jong Un’s estranged brother) who was murdered at the Kuala Lumpur International Airport (KLIA) in 2017 after being exposed to the VX nerve agent – a compound classified as a chemical warfare weapon by the UN.

Two women from Indonesia and Vietnam were charged and released for conspiring with North Koreans, claiming that they were duped into thinking that their activities were part of a prank TV show.