Other Malaysians honored by Google include Benedict Sandin and Saloma. 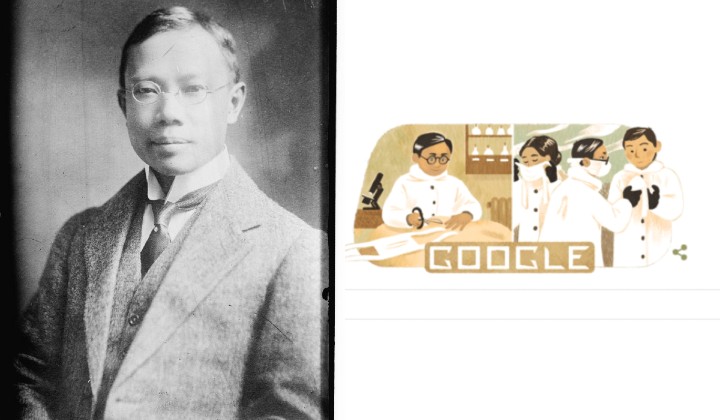 Penang-born and -based physician Dr Wu Lien-teh was honoured by Google Doodles today, 10 March, for his birthday in 1879.

It’s only fitting that he should make a comeback, 60 years after his death, in the midst of a pandemic, because this Penang doctor pretty much invented the face masks we use everyday now.

In the late 1910s, a deadly plague spread through Manchuria with a 100% fatality rate. Dr Wu correctly identified that the plague was spreading through the air, and not through fleas as previously suspected.

He made a basic but extremely effective face mask that covered the nose and mouth, made with layers of gauze and cotton. Later on, his design was tweaked to be mass-produced into the N95.

READ MORE: The Original N95 Type Mask Was Designed By A Malaysian

Not the first time…

This isn’t the first time Google has honoured Malaysian figures with their Google Doodles either!

Previously, they have also honoured Benedict Sandin, an Ibanese Sarawakian Ethnologist who was a key figure in preserving and recording the Ibanese and Sarawakian culture.

He dedicated his life to the study of these cultures, and was also the curator of the oldest museum in Borneo, the Sarawak State Museum (Muzium Negeri Sarawak) in Kuching.

Our entertainers get a shout-out too, such as the time Google celebrated our legendary icon Saloma.

Saloma was a trend-setter of Malaysian entertainment from the late ‘50s through the early ‘80s. She recorded over 500 songs, and through her charismatic film work she paved the way for future generations of female actors in our country.

We have so many talented Malaysian icons, we can’t wait to see who will show up next!