He’s being investigated under multiple Sections. 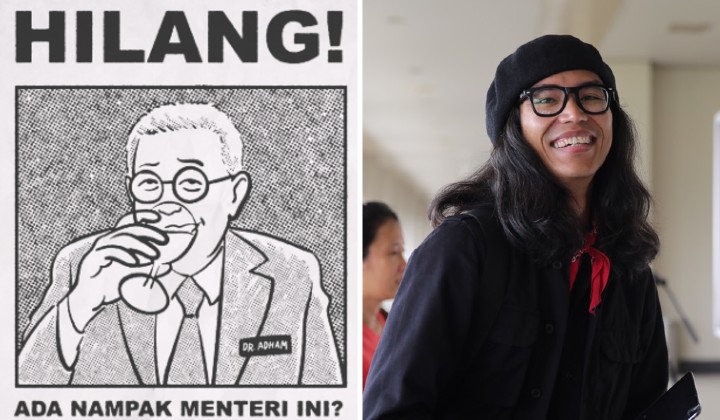 Malay Mail reports that police are investigating an illustration posted by Fahmi in October – a caricature depicting the Minister along with the Malay word “Hilang” (missing) as the headline.

The order under Section 111 of the Criminal Procedure Code was issued by the investigating officer to have statements of witnesses recorded. It is for a case which is being investigated under Section 500 of the Penal Code, and Section 233 of the Communications and Multimedia Act (CMA), related to a post that contained slander against the Ministry of Health (MOH),

Under Section 500, the law states that whoever who defames another shall be punished with imprisonment of up to two years or with fine or both while Section 233 of the CMA is related to the improper use of network facilities or network service.

Fahmi has posted on Instagram confirming the investigation, saying that he has to be present at the Putrajaya police headquarters today.

On Instagram, Fahmi said he doesn’t know which posts the police were investigating but reckons the ones in question are the posts he made in February 2021 and October 2020.

You May Get “Perks” For Being Vaccinated Soon: Health Minister

Over A Million Malaysians Have Received Both Covid-19 Vaccine Doses