Fans will be happy to see new content from the duo again. 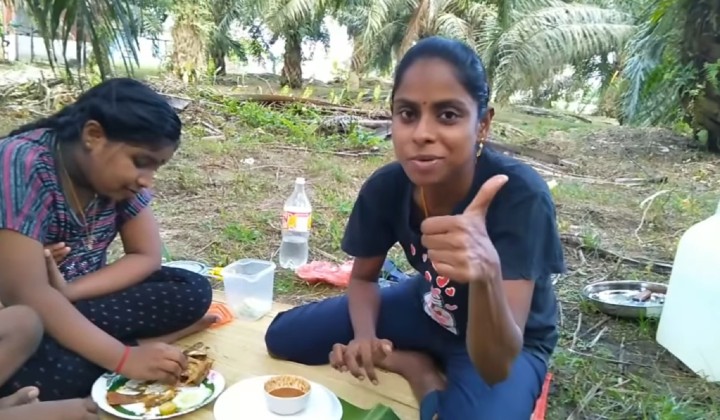 Malaysia’s favourite cooking show duo is back on YouTube after months of online silence. Sugu Pavithra, the husand-wife duo, has begun uploading new videos to their channel again since last week.

Their most recent video showed Sugu, the husband, catching fish from a river and cooking them fresh.

In the video, Pavithra notes that this is also her first time going to the river to see her husband catch fresh tilapias.

Unlike their other videos, where Pavithra would narrate and host the video, this time Sugu spoke directly to the camera and hosted the episode.

With a portable gas-powered stove, he made use of banana leaves and pre-packed spices to prepare and fry the fish.

The husband and wife team seem to be back for good after a 5-month hiatus, as they have been consistently uploading cooking videos for the past week.

Their viewers were also excited to see them return, leaving plenty of supportive comments on their videos.

Previously, Sugu and Pavithra took a break from their channel to sort out their personal affairs.

Last year, the couple were embroiled in drama after unexpectedly gaining overnight fame and recognition.

As the duo gained award after award, speculations arose regarding tension between the husband and wife. Later on, Sugu was apprehended for allegedly wielding a sickle near his wife in a hospital carpark.

The two dropped out of the limelight for a short while, deleting all their previous videos and starting afresh. Now, it seems like they would be back for good, to share their endearing cooking videos with their charming down-to-earth family.