This is for applications submitted before 25 February. 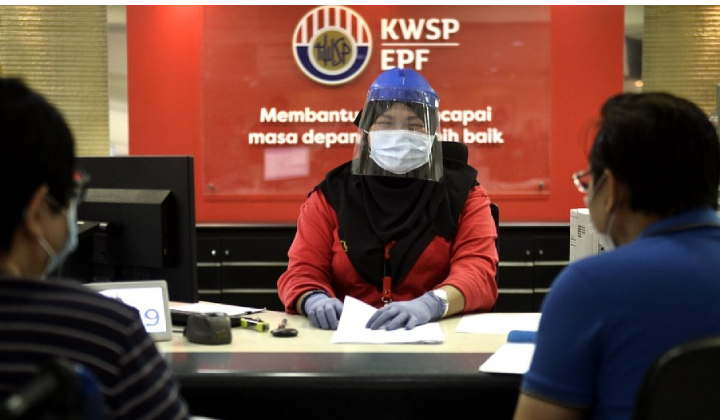 Based on an announcement made by the Employees Provident Fund (EPF), the applications will be progressively approved in batches.

This includes applications that are still awaiting approval, before the improvised i-Sinar facility without criteria was implemented. The EPF appreciates members’ patience while this process is under way. Members who continue to see an unchanged application status may recheck their status on subsequent days.

They also said that applications for the simplified approval will be opened beginning 8 March 2021 for all other members below the age of 55, subject to their available Account 1 balance.

This includes non-Malaysian EPF members. New applications will be processed within five (5) working days of submission, after which members may check their application status and payment date.

Starting 8 March 2021, EPF said that members can also amend their application details such as amount to be withdrawn, bank details, address, telephone number, and payment method on i-Sinar Online.

However, you may want to think twice about this

But, as Malaysians rush to take out their retirement savings, their EPF accounts show they’re not prepared for the bad times, even before the pandemic swept the country.

Based on reports by NST, the Federation of Malaysian Consumers Associations (Fomca) said that although it might ease some burden now, eventually it will have a negative effect in the future as their Account 1 savings will be insufficient to sustain them through retirement.

It’s also reported that 67% of Malaysians are unable to meet a minimum of RM240,000 in savings upon retirement, which according to Fomca’s Chief Executive Officer Datuk Paul Selvaraj, is a dangerous situation.

Introduced by EPF, the Basic Savings was revised to RM240,000 on 1 January 2019 as the minimum target that members should have upon reaching 55.

Basic Savings refers to the amount that’s considered sufficient to support members’ basic needs for 20 years after they’ve retired, which is from age 55 to 75 based on the Malaysian life expectancy.

Sivaraj also said that some 42% of Malaysians are solely depended on Account 1.

This is a dilemma as whatever savings they have will be little and may be exhausted within two to three years. The money channelled to Account 1 is a form of forced savings and in principle, should not be touched until one’s retirement. However, with 30% of Malaysians said to have withdrawn close to all of their savings, it shows how unready we are for emergencies.

As for Account 2, Sivaraj said that some 60% of members were expected to use the money from that account, which was meant for home purchases, medical and education expenses.

Besides urging the government to play an active role in educating the people on the importance of retirement savings, especially among young workers, he said Malaysians should be aware of alternative retirement savings like the Private Retirement Scheme (PRS), which would complement the contributions to EPF.