The man is now in police custody. 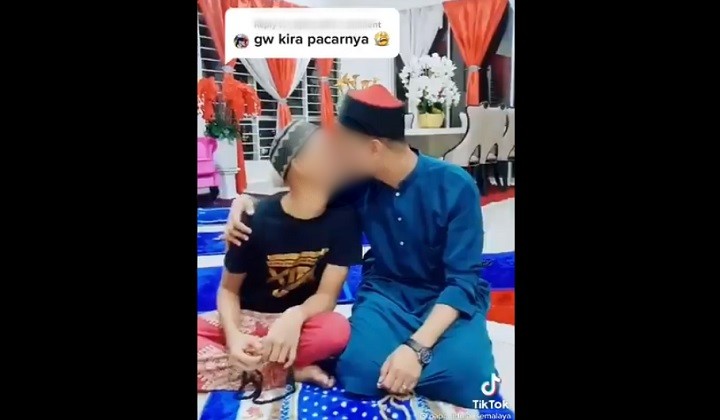 When Malaysians took notice of a video of a local man kissing a male child on the lips, it didn’t take long for it to go viral.

In the 10 second clip uploaded on Tik Tok, the man is seen with his arms around the boy and explained that he is an adopted brother who’s been cared for by the family for a long time. The two then kissed each other on the mouth.

The clip was then shared multiple times on Facebook and Twitter where horrified Malaysians expressed concerns of the young child possibly being a victim of sexual grooming.

Police are on the case

Though his TikTok account has since been deleted, the man has been identified as the founder of a local cosmetics company.

Berita Harian reports that the police have detained the man yesterday evening (16 Feb) in Kuala Lumpur while they conduct their investigations.

The police are in the process of recording his statement as they are investigating this case under Section 14 of the Sexual Offences Against Children Act 2017.

Section 14 addresses physical sexual assault on a child, which is defined as any person who, for sexual purposes:

The law also explains that in determining what constitutes sexual purposes, the court may take into consideration the part of the body that is touched, the nature and extent of the act of touching or the physical contact and all other circumstances surrounding the conduct.

If found guilty, the man could be looking at a maximum of 20 years jail time and whipping.

The dangers of child sexual grooming

Sexual grooming or child grooming is when a person engages in predatory manner to prepare a child or young person for sexual activity at a later time.

According to a guide published by the State Government of Victoria, grooming can include communicating and/or attempting to befriend or establish a relationship or other emotional connection with the child or their parent/carer.

In grooming incidences, young people are often unaware of what’s happening and are tricked into thinking they are in a safe and normal relationship. So they may not know it’s happening or may feel they have no choice but to be abused.

It may be hard to identify when someone is being groomed until after they have been sexually abused, because grooming behaviour can sometimes look like ‘normal’ caring behaviour. This is not always the case, however.

If you or anyone you know are in danger or a possible victim, help is available at: